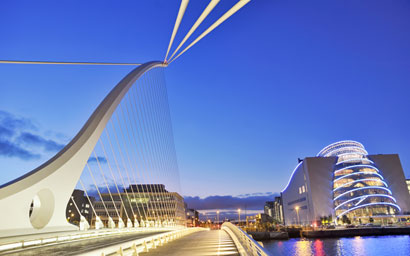 The Depository Trust & Clearing Corporation, the world’s largest repository for over-the-counter and exchange-traded derivatives reporting, is to open an office in Dublin ahead of the UK’s departure from the EU.

The firm, which currently employs over 300 people in the UK, said that the opening of an office in the Irish capital would allow it to continue to provide a regulatory reporting service for its clients in the EU27 from March 2019.

Andrew Douglas, chief executive of DTCC’s European repository business, said: “Regardless of the outcome of the final negotiations between the EU and the UK, DTCC’s global trade repository will maintain a presence in the UK as well as aim to establish a new trade repository entity in Ireland.”

The announcement follows a warning issued last week by the European Securities and Markets Authority (Esma), the EU financial markets regulator, that financial services firms have not done enough to prepare for a “hard” or “no-deal” Brexit.

Esma’s warning follows the publication of a statement by the European Banking Authority in June which concluded that financial firms’ preparations for Brexit are “inadequate”.

DTCC’s global trade repository maintains approximately 40 million open over-the-counter positions per week and processes over one billion messages per month. It holds reporting data on around 80% of global derivatives trades.

The move by DTCC follows applications filed last month by the stock exchanges Cboe Europe and Turquoise to open offshoots in Amsterdam in preparation for Brexit.