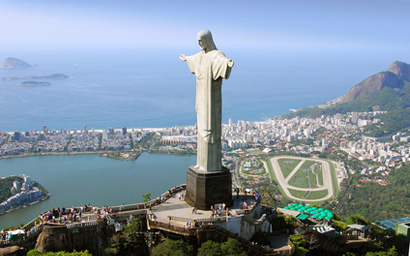 The effect of hosting the FIFA World Cup this year and the Olympics in 2016 will boost real estate values and foreign investment in Brazil, increasing

the fortunes of the country's wealthiest people.

The effect is likely to be felt in smaller cities such as Curitiba and Pôrto Alegre as well as in Rio de Janeiro and Sao Paulo, according to Tom Carlisle, an analyst for consultancy WealthInsight.

“Smaller Brazilian cities have a chance to advertise themselves, showing the opportunities that are available to invest which in turn will lead to increased opportunities in foreign direct investment," he says.

Brazil's millionaires – defined as individuals with $1 million or more of investable assets – have risen in number by about half since 2009, according to WealthInsight's research. Together, these 191,000 people control just under $1 trillion (€740 billion).

“Brazil’s high-net-worth wealth has increased substantially, finding high levels of growth in real estate which will be influenced further by the World Cup and Olympics over the next two years,” says Carlisle.

The research firm says that since hosting the World Cup in 2010, South Africa has seen a 28.5% increase in its number of millionaires.