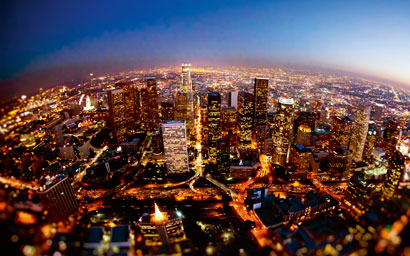 With cities growing at a rapid rate, Fiona Rintoul examines the urbanisation megatrend behind real estate and other investments.

Hate suburbs? Rejoice, then, for they are withering away. Even in London, the quintessential commute-to city, men no longer board suburban trains with a briefcase in one hand and a rolled-up umbrella in the other, bound for the City. Not because they’ve updated their wardrobe or are women, but because they live in the city.

One of the less obvious consequence of the tsunami of urbanisation engulfing our planet is the death of the suburb, says Duncan Owen, head of Schroder Real Estate. “People are moving closer to work, and in some cases work is moving to where people want to live.”

At Schroder, for example, 60% of Owen’s colleagues, walk, run or cycle to work, highlighting another trend: the death of the car – in cities at least.

“Cars are being squeezed out,” says Owen. “If you’re building in London, you can get planning consent for any number of bicycle spaces but you can’t get consent for two parking spaces.”

For investors, this means  that city-centre properties  with multi-use potential tell  a compelling story.

But the urbanisation megatrend goes way beyond real estate. It’s interconnected with other trends, such as digitalisation and climate change, and many believe it is the biggest megatrend of all.

“By 2030, there’s going to be 4.9 billion people living in African and Asian slums alone,” notes Leo Johnson, a partner at PwC, in a company film on rapid urbanisation. “One of the defining challenges of the 21st century is: what are we going to do with these people?”

Africa and Asia, currently 40% and 48% urban respectively, are urbanising faster than the other regions and are projected to become 56% and 64% per cent urban by 2050. According to the UN, three countries – India, China and Nigeria – are expected to account for 37% of the projected growth of the world’s urban population between 2014 and 2050. India is projected to add 404 million urban dwellers, China 292 million and Nigeria 212 million.

SMELL THE POLLUTION
China has seen the biggest urbanisation drive in history, says Karine Hirn, partner at East Capital. Naturally, this creates demand for housing and infrastructure, but there has been a housing bubble, and for Hirn a better angle in a country where properties come without furniture or fittings is locally produced consumer goods. As China wakes up and smells the pollution its rapid urbanisation has created, the household goods sector also provides a way to play the climate change theme.

“We try to understand how existing companies incorporate issues relating to the environment,” says Hirn. “There are a lot of smart homes and smart-home solutions that save money and energy.”

Increasingly, regulations also have an impact. China, for example, is regulating the power that air conditioning uses, and, as Mike Sell, head of Asian investments at Alquity, puts it: “China is an oil tanker. Once it decides on a direction, that’s it. Others will learn from that.”

“Demand for air conditioning will go through the roof,” says Sell, noting that Alquity, which has environmental, social and governance criteria as a central plank of its investment strategy, invests in companies that use the most energy-efficient solutions. That, says Sell, is better than trying to dissuade people in developing countries from taking up conveniences already enjoyed in developed countries in order to protect that environment. “That’s morally wrong.”

In the meantime, the fact that there isn’t yet a fridge and air conditioning unit in every home creates other opportunities. One example is UHT milk. Subsistence farmers in the villages of China consume few or no dairy products, but when villagers move to the city, their consumption patterns change.

“Due to the lack of refrigeration, UHT is a quality brand,” says Sell.

Some of the energy-saving solutions being created by companies in developing markets have the potential to provide a lesson to developed world producers. One example is Dangote Cement, a sustainable cement producer headquartered in Lagos, Nigeria.

“They’ve seen what’s happened in the developed world and in countries that have urbanised rapidly, such as China,” says David McIlroy, head of Africa investments also at Alquity.

“Asian cities are putting in subways and elevated railways now when the cities are already there,” says Sell.

However, Asian cities – particularly mature Asian cities – have much to teach in terms of building an integrated environment, according to Schroder’s Owen. Indeed, given how quickly some Asian cities have developed, it’s nothing short of remarkable that they function at all.

“Half a million people have been moving to Shanghai every year, but there are no shanty towns,” says Hirn. “Things are working. People can criticise China for many things, but they’ve been able to handle it.”

That’s partly because China has invested in infrastructure. In London, by contrast, says Owen, “they’ve only just begun to reinvest in infrastructure for the first time since the Victorian era”.

But it’s also because China is not a democracy. Thus, says Hirn, the Chinese government has successfully engineered the relocation of large numbers of Han Chinese entrepreneurs to Kashgar in Xinjiang province with financial incentives, while a couple of fishermen in Mumbai were able to block the building of a new bridge for several years.

It’s this side of the Chinese story that makes people worried about China’s investment overseas, which has eclipsed investment in China for the first time in history. In Africa, for example, where China is the largest trading partner, there have been issues with lack of skills transfer.

“When the Chinese build a railway, they use Chinese workers because they just want to get the job done,” he says. But, he adds, China’s involvement in Africa, “is a net positive”.

In any case, you don’t have to look as far as Africa to see how important Chinese investment has become in the global economy. “Look at what’s happening in France,” says Hirn, alluding to the French government’s drive for more investment in infrastructure.

Investors can play the trend of China’s rising overseas investment alongside the urbanisation theme through companies such as Haier, the Qingdao-based consumer electronics and home appliances manufacturer, which exports widely in the developed and developing world. In 2001, it established a joint venture factory in Nigeria, where it is now a leading brand.

Haier also exemplifies the trend towards digitalisation, franchising out through the internet, says Hirn. These kinds of the developments are made possible by smartphones and smart solutions – the same solutions that PwC’s Leo Johnson believes can help to “transform megacities into liveable cities”.

Interestingly, these solutions also help people to leave the city. East Capitals’s Hirn notes that every Chinese New Year, people go home to their villages and don’t come back.

“They realise they can have a better life,” she says – and smartphones allow them to have the best of both worlds.

In Africa, says McIlroy, power will be the clincher. A secure power supply could allow Nigeria to grow at 10%-11%, instead of the current 7%. In London, meanwhile, most people who work in an office will have experienced a power outage in the past 12 months, says Owen.

“Power is the biggest challenge. Every day, Canary Wharf uses more power than Wales. We need massive investment in the infrastructure that gets power to the places where people are living and working.”