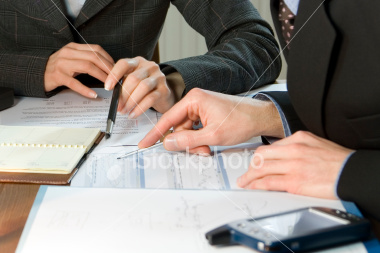 Small caps tend to do well coming out of economic downturns. The same may be the case for this one, but Fiona Rintoul finds that political error is a key risk in an unprecentdeted stimuls environment

Having taken a battering in the badlands of crisis-hit 2008, small caps were back on their uppers in 2009 – which, in many ways, is as might be expected.

“In general small caps are hurt badly in a recession and when the economy turns around they do better,” says Raik Hoffman, senior fund manager for European equities at DWS Investments. “Small caps are more cyclical than large caps. On the way down, they get hit much harder.”

That being the case, the past two and a half to three years have, all in all, been quite an exciting, if also nerve-wracking, time for the small-cap investor. Montanaro Asset Management, a specialist manager of quoted European small caps launched in 1991, summarises the situation in the European market as follows:


And there’s the rub for investors looking at small caps now. As Hoffman puts it: “The main value is done. What used to be very cheap is valued in now. Valuation relative to large caps is neutral.”

Does this mean that those investors who fled small caps post-2007 and have not yet come back have missed the boat?

“You could look at small caps on a headline P/E basis and say the game’s been played,” says Andy Lynch, equities fund manager on the UK/Euro small cap team at Schroders. “The easy money has been made, but no small cap fund manager owns the index because it contains thousands of companies. Small caps are all about stock picking and there are still interesting ideas.”

The very low-hanging fruit have perhaps been picked, then, but there are still some tasty morsels to be had higher up. Or, as Montanaro puts it, the “dash to trash” which fuelled the 70% recovery between March and October 2009 – when high-risk ‘penny stocks’ led the way – is over. Meanwhile, European small caps are still 44% below the levels of two years ago.

And if small caps are all about stock picking that fits right in with the economic backdrop, where it is hard to play macro trends because of the outlook, which is, to say the least, uncertain.

“No-one can say what will happen,” says Hoffman. “We have never had a fiscal and monetary stimulus like this before. But if I had to make a general prediction it would be that long-term growth will be slower in the Western world than it was in the past. We have some structural problems that we have to overcome. There has to be some debt reduction and that means growth potential must be smaller than in the past.”

At some point the fiscal stimulus will have to be cut back and debts will have to be repaid, reasons Hoffman, and he is wary of what will happen then. “If you look at the numbers for small- to mid-cap earnings growth the market is expecting 40% in 2010,” he says. “We need to see good earnings growth in the next two years to validate current valuations.”

For this reason, says Hoffman, “It’s really important to be in stocks you really want to own.”

It’s a tough old world out there, agrees Charles Montanaro, founder and CIO of Montanaro Asset Management. “We are going through a period that is unprecedented in our lifetimes,” he says. “The biggest single problem investors face is that the outlook of investment markets is in the hands of politicians.”

Sizeable benefits
But, in many ways, this difficult environment plays into small cap managers’ hands, provided they are properly resourced.

“Now as an active manager you can add value,” says Montanaro, whose firm is one of the few European asset managers to focus exclusively on small caps – others include Edinburgh-based Aberforth Partners, which focuses exclusively on UK small caps, and Germany’s Lupus Alpha, a specialist in micro, small and mid caps. “There are 7,000 companies to choose from – that is the opportunity, but you do need the resources to analyse those.”

The tough times have also had another benefit: those that have survived must have something going for them.

“Darwin’s survival of the fittest applies both to us and to the companies we invest in,” says Montanaro. “The companies who have emerged are the winners for the next generation.”

And, slightly contradicting Hoffman’s view on valuations, he adds: “I do think companies have the ability to increase earnings from the levels analysts are forecasting,” though Hoffman also agrees that “some stocks got beaten up too much”.

Because of this, and because of the difficulty of predicting the macro outlook, Montanaro AM, like the DWS small cap portfolios, has moved increasingly to a sector-neutral approach, focusing on individual stocks. Some themes do emerge, however. Alongside stock picking, a macro-hawk such as Hoffman will focus on underlying trends that are not so dependent on general economic development. These he sees, for example, in healthcare or in new energies.

Others, such as Schroders’ Lynch, believe it is possible to piece together some of the pieces of the macro jigsaw in order to play some trends. Lynch is cautious on consumer stocks across Europe because Europe has taken longer to pull out of the doldrums than has the US, because unemployment remains high, and because policymakers are bound to ease back on their extremely supportive monetary stance to date, meaning interest rates and taxes will go up. Some sectors will suffer more than others.

“We are very cautious on auto stocks because so much demand got brought forward in the cash-for-bangers schemes,” says Lynch, referring to the initiatives such as in the UK for car owners to trade in old cars for cash and buy new ones.
On the positive side, meanwhile, Lynch identifies opportunities in oil services – a sector where it’s hard to get much exposure via large caps. “Oil is getting harder to get out of the ground except in countries where the political risks are high,” he explains. “There companies also benefit from the fact that they can operate in countries where there is ‘resource nationalism’. Paying someone to help you to do something is more acceptable than handing over oil.”

Another key theme at Montanaro is climate change. “We focus on the environmental green theme in our portfolios and we focus on companies with good corporate governance.”

Partly on account of the latter, Montanaro tends to be overweight in northern Europe, and is underweight in Italy and Spain in particular.

Another issue for this asset class is liquidity, which became a problem in the crisis. To a large extent, says Hoffman, that depends on whether large-cap generalist funds are buying in the sector or not. The outlook on that and on inflows to small-cap funds generally is not crystal-clear.

“We have seen inflows but we’re not sure if this is a market trend or not,” says Hoffman.

Lynch says that US-based clients have been a source of significant net new money coming into Schroders European small-cap products over the past twelve months, while European clients have been more subdued. On the institutional side, the picture is very mixed.

“Some pension fund clients are looking to move up their allocation, but not as many as we expected to see,” says Lynch.
Montanaro, meanwhile, says that while demand from institutions has not been overwhelming, people are becoming more responsive. This is part of a more general trend in the market.

“Last year was all about everyone buying high-grade corporate bonds,” he says. “This year we expect to see some of that money coming out. Asset allocation will move to equities in general and if you look at bull markets in the UK since the 1950s as an illustration, small caps outperformed in each of them.”

Small may very well be beautiful, then. And, as Schroders’ Lynch points out, not only are they are a very good way to add alpha if you do them right, but the opportunity set may be about to grow as companies that were taken private by private equity firms come back to market and companies that delisted list again.

“If you find the next Google you look great,” he says. “You’re not really able to produce something eye-wateringly different in large caps, something that has the ability to make major change.”

But this asset class, which reacts so sensitively to bear markets, remains overhung by what most managers identity as the key threat to future economic growth: political error.

“How long will the boom go on?” is the $64m question, according to Hoffman, and the answer is not immediately apparent.

“It’s hard to know because we are in an unprecedented economic situation.”