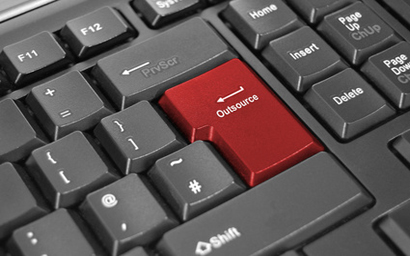 The service targets groups including family offices, advisers, private banks and broker firms, with a focus on the retail market. It will offer straight-through processing from execution to clearing, settlement and custody, incorporating new IT intended to ease issues such as regulatory reporting.

The outsourcing solution comes in response to increasing demand in the UK, where SGSS says it has seen many managers growing their businesses in the last two years. The company has mandates from two clients for the service, a direct dealer broker and a pure wealth management client. It intends to go live with the first early adopter before the end of the year, with the second client following in the first or second quarter of 2015.

"We think that the UK is the right place to start, it goes hand in hand with our wider global strategy," says Michael Le Garignon, head of sales, business development and relationship management in the UK for SGSS. "We have to increase our capabilities in the UK to service our existing large pan-European clients."

Le Garignon says he hopes to offer the outsourcing solution in other markets such as Italy, Spain and France in future.

"I think there are many markets where the demand exists, but for SGSS our primary focus is on the UK. We will walk before we run."

He adds: "I also think that there are some other competitors that will try to adapt and develop what they have now as a framework to service the market over the next two or three years as well."

Bertrand Blanchard, SGSS country manager in the UK, says this buy-side development forms part of a three-year strategy for SGSS as the firm expands its geographies, and will be followed by further hires and a new sell-side project in the near future.

"It's a process," he says. "We are building up the operations with a strong focus on this new offer, but we are also developing the sell side, for which we have been hiring to complete our setup in time to go live in the first part of next year."