The AMF is actually referring to AIFs set up in one country but managed by an AIFM in another country and requests that the AIFM’s home member state regulator should have a more important regulatory role, including direct access to supervisory information on all funds managed. For Luxembourg-based funds managed by, for example, a French AIFM, this may mean that the AMF could directly request documents and information on the funds (exact scope remains unclear at this point) not only to the French AIFM but also directly to the governing body of the AIF rather than via the CSSF. This is unnecessary because an allocation of responsibility of competent authorities is already provided in the AIFMD (Article 45). In our view, this would also lead to fragmentation and risk-divergent treatment of certain AIFs by regulators because they have AIFMs located in different countries.

Performing without ambiguity
Our view is in line with that of Alfi, which is that the Ucits framework and AIFMD should not be merged, and that harmonised rules would only be appropriate in very few select areas. Alfi is aware of the differing interpretations between authorities concerning the scope of permissible business activities listed in Article 6(4) of the AIFMD and Article 6(3) of the Ucits Directive. However, these provisions set out which activities AIFMs and Ucits management companies are authorised to perform without ambiguity. While greater harmonisation and a level playing field are worthwhile goals, Alfi believes that these goals can be achieved without amending the AIFMD. Further convergence could be achieved at the level of national authorities with the support of Esma. 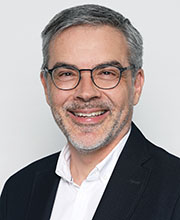 AIFMD evolution
I will not comment extensively on the political ambitions of certain regulators to attract supervisory powers by promoting new legislation to that effect. The word ‘fragmentation’ comprises a negative connotation which I would not see as appropriately describing the current fund supervisory framework, which works well.

Having different authorities involved which are closest to the concerns and questions in relation to fund operations is not by definition something negative. Certain EU countries have also experienced during the Covid crisis that a decentralised organisation is more resilient in crisis situations than an overly centralised concentrated exercise of power. Why should an approach which does barely work at national level be the blueprint for European funds?

The AIFMD evolution and future applicable regulations should be shaped by the needs of the investors. The AIFMD has been designed from the start as a manager regulation which, through the use of the passport, enables entities in one jurisdiction to manage diverse products in different jurisdictions which by nature have national characteristics which are best supervised by the local regulators.

A need for stability
It seems difficult to imagine a scenario in which other regulators could do a better job supervising Luxembourg funds than the CSSF.

While certain regulators envisage of course that the central AIFM hub could only be in their country, one has also to cater for the situation in which a less experienced regulator in charge of an AIFM would in case of a cross-border distribution scenario be in charge of, for example, Luxembourg or Irish AIFs. What would be the added value for investors if that regulator would regulate the AIFs in question?

In terms of fund supervision, the CSSF with its 900-plus workforce, specialist recruitment and massive investment in IT and AI, has shown itself efficient and resilient in fund as well as management company and AIFM supervision. The CSSF does not have to hide in terms of ability to supervise funds efficiently, even if managed on a cross-border basis. Quoting here Alfi’s response to the consultation on the AIFMD review: “There is primarily a need for stability to ensure the development of a brand and the European Union’s competitiveness”.

Cost control
As in any industry in the EU, the main challenge for the investment fund industry in Luxembourg and elsewhere will be to control costs and deliver superior service at acceptable prices going forward.

The legislators and regulators will have to contribute their part to enable the fund industry to meet that challenge instead of adding layer upon layer of compliance and regulatory requirements which are driving up costs for investors.

At an EU level, the industry will have to navigate the post-Brexit environment with more nationalistic undertones of policy developments well realising that Luxembourg is today a global fund centre servicing clients worldwide, in addition to being the number-one EU fund centre.