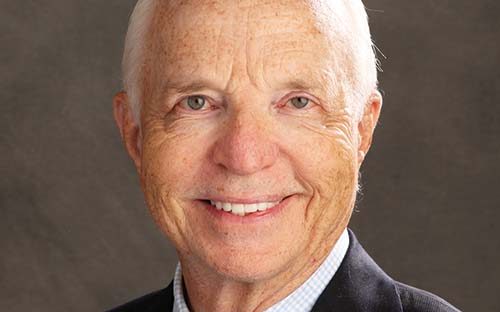 The co-founder of Epoch Investment Partners tells Nick Fitzpatrick why tapping into the subscription economy through one of the tech sector’s largest companies is such a turnoff.

Bill Priest is a veteran American investor whose golden rule is to shun companies that don’t have any free cash available or don’t manage it properly when they do have it. As far as he is concerned, free cashflow is a financing principle that reigns supreme.

Since co-founding Epoch Investment Partners in 2004 with this free-cashflow investment manifesto at its core, Priest has espoused that the ability to generate free cashflow – cash available for distribution to shareholders – is what makes a company worth something. How management allocates cashflow – such as by reinvesting it in operations or paying a dividend – is what determines whether the value of a business rises or not.

But with the rise of subscription services among tech-based companies, Priest – who is co-chief investment officer as well as CEO of Epoch – is taking the risk of opportunity loss by shunning the tech company Netflix. His investment philosophy forces him to. A company with no cash available goes against the wisdom of Priest and Epoch’s two flagship strategies: the shareholder yield offering (based on dividends) and the capital reinvestment strategy.

“We’ve never owned Netflix. Our philosophy would not let us. They lose money every quarter. There’s no free cashflow in that company,” he says, speaking on a recent trip to London.

Epoch, which its founders sold to TD Bank in 2013, is based in New York with an office in Chicago, plus a small office in London since 2016. Netflix, meanwhile, is based in California and its quarterly results always bring the company – which provides television and film content, including its own proprietary smash-hit shows like Stranger Things – a great deal of attention for its negative free cashflow.

In 2018, Netflix’s negative free cashflow was $2.9 billion (€2.6 billion) and is expected to be negative $3.5 billion at the end of 2019. Commentators describe Netflix as burning money.

Netflix is not the only company that is still able to entice investors with an allure of technology and disruption of incumbent rivals, despite lacking such a fundamental foundation in place as a pile of cash to spend. Uber is another. Spotify’s free cashflow has been up and down, though mainly positive in the past few years. Amazon publishes three versions of its free cashflow and is positive depending on which is used.

Despite its negative free cash, investors continue to ascribe a high valuation to Netflix. “Netflix has been around a long time and there is a business model that would explain it,” says Priest. “There’s an argument that says when they do make it big, they will make it really big.”

It’s about Netflix pulling off a ‘winner takes all’ result, and it’s the same with Spotify and Uber, he says.

Is Priest just a bit out of step with the new ‘digital economy’? It doesn’t seem that way, given that in other areas of Epoch portfolios, he is big on technological change, principally where companies are substituting technology for labour and physical assets, which is a very “powerful” theme – one where “there isn’t a company in the world not trying to do this”, he says.

Priest’s stance is likely more a case of a professional investment manager not abandoning his philosophy. There would be one hell of a furore if he did and Netflix imploded.

“Accounting is astrology”
The cashflow thesis, in essence, is a simple matter of saying a dollar today is worth more than a dollar tomorrow. Today the dollar can be invested or returned to shareholders as a dividend. Tomorrow it will be eroded by inflation.

To Priest, this is how chief financial officers think about finance. Accountants, meanwhile, accrue future payments as though they were made already. A financial officer’s view of reality trumps an accountant’s view.

Accrual-based accounting measures, such as those used to determine reported earnings, do not provide the information needed to assess how successfully a company is generating free cashflow and growing value for its shareholders, or if any reinvested free cash is returning more than its cost of capital.

“Earnings are a best effort to predict a profit based on GAAP [generally accepted accounting principles], but GAAP earnings do not correspond to the actual cash that a business has generated,” he says. “Such measures can obfuscate cashflow creation for better or worse and fail to signal whether or not the company is investing its cashflow above its cost of capital.”

GAAP seeks to match up related revenue and expenses as closely as possible in time, even if the cashflow associated with those assumptions occurs far apart in time.

Keeping in mind Priest is a former certified public accountant, he adds: “Accounting versus finance is like astrology versus astronomy. There are fundamental truths in finance that do not exist in accounting.”

According to the company’s official history, its focus on investing in companies with positive free cashflow rather than good-looking accounting-based earnings meant that Epoch’s portfolio managers had sold all but small amounts of financial stocks by the time the financial world came tumbling down in 2007 and 2008.

Priest was also applying his conviction in positive cashflow to Epoch itself at the time. In 2008, having $37 million of cash in the company coffers meant the firm was able to honour a promise it made at the start of the financial crisis not to lay off any staff.

By the time Lehman Brothers fell, Epoch was four years old. When Priest, who had previously headed Credit Suisse Asset Management-Americas for 14 years, set up the firm with his partners in 2004, they believed there was a “huge arbitrage opportunity between accountancy and finance”.

Priest was able to bring over $647 million in assets under management (AuM) in a value portfolio from CI Mutual Funds, a longstanding client he had managed money for at Credit Suisse and, before that, at BEA Associates, where he had been CEO. Management of this money served to give the firm a ten-year investing track record, which helped gain a more rapid exposure to potential clients through consultants than for most fledgling firms.

The power of words
In early marketing of Epoch, Priest and others produced white papers offering investment insights – including Priest’s ‘The case for shareholder yield’ in 2005. The growing list of white papers populating its website would help Epoch, which had 46 employees at the time of the Lehman collapse in 2008, look much bigger than it was, and Priest ascribes this trick partly to the firm’s early success. That, and the substance of the white papers.

“I think a reason consultants like us is for our white papers. We’ve written hundreds of them. There’s no one writes white papers like we do,” Priest says. “The written word has always been important to us.”

He says clients these days are better qualified, perhaps holding MBAs. The suggestion is they demand intelligent content and he recommends reading ‘The Limits of Theory’ by an Epoch portfolio manager, Steven D Bleiberg. Priest describes it as possibly the best white paper he’s read.

In fact, Priest ascribes the beginning of Epoch’s growth – the firm today has $36.8 billion of assets under management (at June 30) – to a book he wrote, published in 2007, called Free Cash Flow and Shareholder Yield: New Priorities for the Global Investor.

“The book still sells,” he says. “I get a royalty cheque. It’s small.”

The product properly found its legs after quantitative easing made it difficult to find income from bonds and there was a market-wide focus on income from shares.

As for the capital-reinvestment strategy, Priest says he thinks this will be winner, too, but that consultants want to see more time. The strategy has US and global versions. The global version, launched in 2013, recently reported a 10.9% annualised return against 9.3% for the benchmark, and $707 million of assets. Priest is one of four portfolio managers on it.

The strategy will also not invest in Netflix, but the US version does claim another so-called FAANG company (Facebook, Apple, Amazon, Netflix and Alphabet) as one of its top ten stocks – namely Alphabet, the owner of Google.

Not only that, but Amazon is now in it.

“We can own Amazon in the capital reinvestment strategy because you can now demonstrate Amazon has significant cashflow and does reinvest it at a substantial increment to its cost of capital. As long as that statement is true, Amazon should reinvest or acquire to grow the value of the entity,” says Priest.