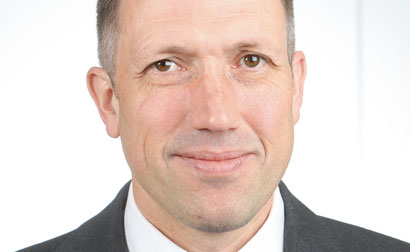 Revel Wood, Chief Executive Officer of FundRock, discusses the appeal of onshore fund domiciles, which are increasingly being used by investment managers.

There are also other reasons why offshore centres were set up, including tax advantages but these have been under scrutiny historically by the Organisation for Economic Co-operation and Development and more recently attacked in the press.

In addition, offshore domiciles’ corporate governance reputation was tarnished badly when Allen Stanford was arrested and imprisoned for fraud and the more recent scandal of the ‘Panama Papers’ once again raised the spectre of tax avoidance for these finance hubs.

Today, the phrase ‘offshore’ has become synonymous with tax avoidance, insufficient corporate governance and political instability. In this light, many asset managers now look to move their offshore operations onshore, while also seeking to increase their distribution networks into Europe, where compliance officers for large European institutional investors tended to avoid offshore jurisdictions due largely to the lack of regulatory frameworks.

Many of the perceived offshore advantages no longer hold true. The Alternative Investment Managers Directive (AIFMD) has levelled the playing field between onshore and offshore fund domiciles by making it possible to invest in asset classes such as hedge funds, private equity funds and real estate funds via regulated investment vehicles, thereby making these more attractive to the European investor base. Offshore trust companies, domiciliary companies and alternative investment fund managers have started moving onshore, with Luxembourg and Ireland being the primary destinations of choice.

The RAIF speeds up the time it takes alternative funds to get to market as it is supervised by the Alternative Investment fund Manager (AIFM), a regulated entity, and does not require explicit approval from the local regulator.

Similar to the existing Specialised Investment Fund (SIF) legislation, it contains elements that bolster Luxembourg’s attractiveness to alternative fund strategies. The new legislation makes it possible to have separate compartments within an incorporated vehicle that are insulated, so there’s no contagion risk between various strategies within it. This allows a corporate structure to have an underlying long strategy within a short strategy as each can be compartmentalised.

Both domiciles’ legislation allow funds to be passported throughout Europe and are attracting asset managers from all over the world.

According to figures from the Association of the Luxembourg Fund Industry (ALFI), fund managers from the US and the UK are increasingly domiciling their funds in the Grand Duchy, with assets under management of €759.8 billion and €581.5 billion respectively earlier this year. At the same time, there were €559 billion in alternative assets under management in Luxembourg.

Ireland was not far behind, according to figures from the European Fund and Asset Management Association showing that it had €443 billion in alternative assets under management.

Aside from the successful move into alternatives, Luxembourg and Ireland both dominate the global UCITS brand, with assets under management of €2.8 trillion and €1.4 trillion respectively.  The Duchy’s multilingual environment makes it attractive to managers who want to sell their products across continental Europe.

Ireland attracts money market managers, the exchange-traded fund business and passive structures. The jurisdiction is attractive for both US and UK managers as it is a cultural fit and uses the common law system.

BREXIT
There is uncertainty in the market after the UK voted to leave the EU, leading asset managers to engage in a process to identify the most appropriate model going forward. These include: do nothing, and employ a ‘wait and see’ approach; employ contingency planning, which involves looking for suitable management company partners to engage with, should the current model fail; or finally, looking at their geographic footprint, as many UK asset managers have branches across Europe. If the UK loses its passporting rights, asset managers will be looking at which member state would be the best to operate from. As there are some concerns of potential contagion of the Brexit, for instance to the Netherlands, Luxembourg and Ireland could be the preferred destinations to re-domicile. A handful of firms may even decide that now is the time to act and implement their ‘plan B’ by creating a new fund range for their EU investors.

One problem an asset manager setting up their own infrastructure in an EU country faces, is the costs involved in doing so. Alternatively there is the opportunity to engage in strategic alliances or joint ventures with EU managers and management companies or even the possibility of M&A activity.

There have been a number of myths put out regarding the fallout from Brexit, most of which is purely scaremongering. Asset managers have various solutions that they can offer their clients, that should not be overly burdensome to implement.

THE ANSWER
Management companies, such as FundRock are well placed to help asset managers identify the best location for their funds.

FundRock is a leading independent UCITS Management Company and AIFM for Luxembourg and Ireland-based funds, with paid-up capital in excess of the €10 million capital requirement called for by regulation. The firm has over 60 people on the ground in Luxembourg speaking over 20 different languages, so is an ideal partner to assist asset managers on cross-border fund domiciliations.

Thanks to its strong infrastructure, including market leading compliance and risk engines, FundRock can analyse the impact of significant market events and provide detailed reporting. Given the volatility of today’s market place, these are attributes that many of the firm’s top tier global clients appreciate. The firm has a long history in fund governance and extensive market knowledge and prides itself on delivering outstanding service and insightful solutions to asset managers, no matter where they are situated.