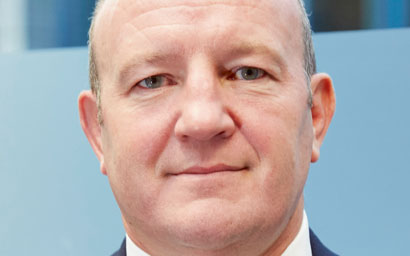 Stephen Kiely at BNY Mellon discusses regulation and the changing face of collateral with Funds Europe.

Stephen Kiely, head of sales and relationship management for Securities Finance at BNY Mellon, is interested in how the securities lending market has evolved and how regulations have finally come in at the same time that interest rates are at historic lows.

These ratios encourage banks to hoard high-quality liquid assets (HQLAs) – largely government bonds, while other aspects of the Basel capital and liquidity framework punish balance sheet holdings of equity securities. Moreover, lenders that are naturally long on equities can experience operational and cost efficiencies in accepting equities as collateral, even when lending out equities.

Last year, the use of equities as collateral was high – according to Kiely, it made up to 60% of the non-cash collateral. This has now dropped to 48%, meaning that HQLAs, like bonds, are returning to the fore, despite being expensive.

“There’s definitely a reduction in the use of equities by big broker dealers as they’ve got less hedge funds in that prime broker space, so less inventory that needs financing,” says Kiely.

He adds that once, there was a need to finance equities by broker dealers, but we’ve reached a “natural plateauing of that now”.

This suggests the return of cash as the preferred choice of collateral, although Kiely notes that people are trying to match currencies on lending, so they’d rather borrow euro securities and give euro cash and the same with dollar securities.

THE UCITS CONUNDRUM
Ucits funds are involved in securities lending, though are subject to stringent rules and regulations that may disadvantage these funds. Kiely says that less than half the supply that’s coming from UCITS funds is translated into percentage on loan balances.

“If someone’s giving 40%-50% of the supply in a particular asset class, you’d assume that half of the loan balances come from people providing the supply, but UCITS is less than half. For some reason, they’re being ignored,” says Kiely.

UCITS is tight on collateral rules on the non-cash side, so a fixed income UCITS can’t take equity collateral. There are also rules on cash reinvestment, with limits on the time the cash can be reinvested.

Concern arose earlier this year about the ESMA guidelines around asset segregation, which potentially prevent UCITS and other regulated funds from participating in tri-party arrangements – an argument that Kiely ascertains is still ongoing.

This debate essentially concerns whether the UCITS rules act as a denial of revenue opportunity or whether they are vital for investor protection. However, Kiely goes on to say that it’s not just about loss of revenue to investors in those UCITS, it’s about the drop in liquidity in the market as a whole.

LIQUID LENDING AND CCPs
Kiely says he’s interested in how collateral and liquidity has evolved, stating that a lot of people are coming to securities lending looking at it purely as securities finance. This isn’t just semantics: the days of people lending some long inventory to get some incremental revenue to pay for operation and custody costs is happening less.

Moreover, now people are looking at the cash aspect of the trade, the alpha that’s in securities lending from a perspective of trying to improve their fund performance and not necessarily about the cash itself, a basis point here and there may help them to get over a benchmark, says Kiely.

He adds that liquidity is being pushed and pulled in all sorts of directions, mainly due to regulation. But one particular point of contention is the focus on a bond’s credit rating rather than its liquidity, which he views as far more important.

Regulation is driving the requirements for liquidity and also causing the shrinking of the repo and reverse repo market. This will have the effect of driving trades out to a central counterparty (CCP) or a peer-to-peer model. If banks are under regulatory pressure and can’t be in the market, it will cause non-banks to trade with each other.

“All the good things they get with doing this with banks, like price discovery, will get provided by peer-to-peer platforms,” says Kiely.

CCPs are popular in markets such as Brazil, where all the collateral offered by the borrower is held within the CCP in broker-level accounts and is backed by the Bank of Brazil.

Kiely says that in Europe, while Eurex was at one time the only main player, now EuroCCP is coming in with a more “expansive programme”.

“The net relief the CCP model gives borrowers is enormously valuable to them. On its own, its not going to move the needle, but when you’ve got regulations like LCR, NSFR and supplementary leverage model, all these things are putting pressure on how much regulatory capital you have to allocate to do these trades.”

He adds that a CCP will act as “a pressure valve on all the balance sheet costs”.

Kiely supports the use of CCPs as there will be more demand from broker dealers and, in his position as an agent lender with beneficial owners, thinks clients will get paid more easily through a CCP.

Using a CCP will also give beneficial owners more comfort because, as Kiely freely admits, he would prefer not to have to indemnify his clients due to costs – but if they still want indemnification through a CCP, “the cost to me is less if I’m indemnifying them against the default of the CCP rather than the default of a beneficial owner”.

THE BIG PICTURE
BNY Mellon is the world’s largest custodian bank with around $30.5 trillion in assets under custody. It is also the only bank that can clear US Treasuries since JP Morgan stopped providing the service.

While some may view this as a huge benefit, Kiely says that it puts the business in a different light for regulators, as it becomes part of the infrastructure. “There are rules and regulations about what you do [when seen as infrastructure], so you end up with a lot less freedom,” he says.

In the securities lending business, it seems that in many cases, you have to take the rough with the smooth.