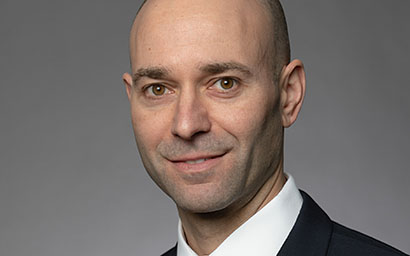 Call it the calm before the storm. As recently as July 31, markets had been expecting the US-China trade war to progress in a constructive manner. But everything changed a day later, when the Trump administration said it would impose fresh tariffs on Chinese imports from September.

Things rapidly took a turn for the worse. In the days that followed, the Chinese yuan fell below the psychologically important seven-to-one US dollar level, the US Treasury declared China a currency manipulator, and China responded by hiking tariffs on US$75 billion of US products. In our opinion, one thing’s clear: the potential for a near-term agreement between both countries is now greatly reduced.

The importance of positive yield
To be sure, the global economic outlook does appear vulnerable, and volatility looks set to become a part of the daily market routine. With capital flows taking refuge in the developed government bond market – which further worsens the negative-yielding asset environment – is it the only place where investors can find shelter? Not quite. A fragile global environment doesn’t mean the pursuit of meaningful, positive returns should come to an end, it could simply mean reassessing opportunity sets through new lenses, which could involve venturing into a different asset class or adopting a different investment approach.

In our view, Asia’s fixed-income space can offer interesting opportunities to investors despite the somewhat shaky global outlook. Our conviction can be traced back to three pillars:

Understandably, market volatility typically inspires unease. However, as clichéd as it may sound, volatility can lead to opportunities – a perspective we consider to be particularly true for fixed-income managers with an absolute return mandate.

The flexibility embedded within such a framework allows them to express nuanced market views through financial instruments such as derivatives and options.

Unlike managers running “long-only” strategies, absolute return fixed-income managers can express their views on risks (i.e., “short” risk) by being long or short rates, currencies, and credit. For instance, they can buy credit protection or “put” options as a way to hedge against underlying macroeconomic risks. These additional tools enable absolute return fixed-income managers to generate positive returns while capping the overall risk level in their portfolio, an approach that we believe is particularly well suited to the asset class.

Central banks and stimulus hopes
Yield matters, especially now that we’re firmly back in the “lower for longer” environment. The Fed had already trimmed rates in July, before the latest trade row erupted. We expect G10 central banks to maintain an easing bias for the foreseeable future. Central banks in Asia have also been cutting rates – the second week of August was particularly memorable as four central banks announced significant rate cuts within a day of each other. We believe there will be more rate cuts to come because the region’s policy makers aren’t constrained by inflation, which remains benign. Importantly, they have more room to manoeuvre because interest rates in many emerging Asian economies remain relatively high. These policy actions, in our view, will be supportive of the asset class, particularly local currency bonds. Similarly, the prospect of government stimulus as a response to the expected economic downturn is also likely to provide further support for risk assets.

In fact, we’ve already seen some developments on this front: Thailand recently unveiled plans for a US$10 billion package, while Indonesia’s latest budget shows that the government is seeking to boost fiscal spending significantly to counter slowing growth. Separately, there’s also growing speculation that the Singapore government could introduce a stimulus programme should things take a turn for the worse. To top it off, China, which has already implemented numerous measures to support its economy since the trade war started, could also announce further initiatives2.

While the expected wave of central bank action and government stimulus might provide some support to the global economy, how the US-China trade war will unfold and the specific ways in which it could hurt growth remains anyone’s guess. One question that investors are grappling with is whether the yuan will weaken substantially as the trade dispute escalates and what that could mean for regional economies in Asia. This is why markets were unnerved by the Chinese authorities’ decision to allow the yuan to weaken below the seven-to-one US dollar level on August 5.3

Currency risks – it’s complicated
This is an issue that we, as investors in Asia, are following very closely. However, it’s important to note that the People’s Bank of China has kept the yuan-US dollar exchange rate relatively stable since then, and we expect it to continue doing so. A disruptive depreciation isn’t likely because an overly aggressive weakening could lead to capital outflows and undo a lot of the good work China has done to modernise its economy.

That said, investors might want to monitor developments in Hong Kong as well – it’s a tail risk that requires attention. The territory plays an important role in China’s economy and it’s in Beijing’s interest to maintain the island’s position as a global financial hub. In light of recent developments, we believe it makes sense to have a balanced approach to currencies at this juncture and favour neither US dollar-denominated issues or local currency bonds.

Staying nimble
In our view, the appeal of Asian bonds remains undimmed: We may be confronted by a highly volatile environment, but that isn’t necessarily a cue for investors to rush into developed government bonds markets with negative yields. Rather, the combination of strong economic fundamentals, increasingly accommodative monetary policy, and the promise of additional stimulus present a supportive backdrop. Crucially, we find that the flexibility embedded within an absolute return framework complements the asset class well and could prove incredibly important as we navigate our way through the current macroeconomic uncertainty.