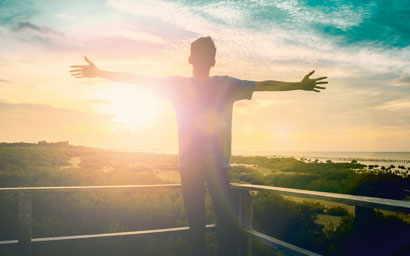 Kyle Kloc of Fisch Asset Management claims high yield bonds are the closest asset to the Holy Grail of investing.

Throughout history, and even more so in recent decades, many have claimed to have found the Holy Grail of investing – achieving low risk with high returns.

While it is a moot point whether any asset class can achieve this status, high yield bonds can arguably make the claim as coming closest – and are frequently seen as a fitting alternative to equities.

However, as is often the case, perception is everything and high yield bonds are viewed as a particularly risky asset class – maybe the ‘junk’ moniker does not help here. When in fact, such bonds have a history of delivering equity-like returns with a much lower risk, as well as offering numerous other benefits to the seasoned investor.

Robust returns and strong recovery
For equity investors, it is the long-term that typically matters most, as time will generally smooth out volatile short-term returns.

Over the past 30 years, high yield bonds have achieved equity-like returns with only half the risk and a lower maximum drawdown. Historically, they have generated average annual returns of 8.4% for investors, while US equities only fared around one percentage point better over the same period (the MSCI USA managed 9.5%).

At 15.2% volatility, equity investors had to accept double the risk compared to US high yield bonds whose volatility was only 8.3%.

The maximum drawdown (top to bottom) over those 30 years was dominated by the exceptional year of 2008 when the financial crash hit. This amounted to 51% on the equity index compared to only 33% on the high yield bond index.

Perhaps even more interestingly, as terrible as that drawdown sounds, the rebound was even sharper. High yield bonds suffered a loss of 26.4% in the calendar year 2008, but followed this with a 57.5% rally in 2009.

More broadly, though high yield has suffered five years of losses over the past 30 years, each was followed by a recovery the very next year – with four out of the five being notably strong.

Instead, given their higher credit risk, they correlate more with equities and the economic cycle. This means that improving macroeconomic growth prospects – which are part and parcel of the Federal Reserve’s hiking cycle – generally leads to lower default rates and spreads, providing support to the high yield bond market.

The importance of measuring risk
With high yield, default rates are a key risk metric to monitor closely. Although this can be viewed as a backward-looking indicator, it remains valuable when making assessments relative to historic standards.

The average long-term default rate in the US is 3.2%, but at the end of July 2017, default rates landed below this figure at 1.9%, according to Bank of America Merrill Lynch.

With the global economy demonstrating robust, upward growth, the market is optimistic about future default rates and it is expected that they’ll hover around current levels in the coming year.

One area of high yield that serves as the canary in the coalmine is the low-quality CCC-rated segment. Historically, two to three years after increased issuance in this segment, default rates rise as these are typically risky issues.

However, we have seen fewer CCC issues in recent years and overall credit quality in the broad market has improved. As such, the current environment – bolstered by positive global economic growth – remains favourable for high yield bond investments.

These types of companies live in the ‘crossover’ rating area, where investment grade (IG) and high yield debt meet. Issuers that lose their IG rating – ‘fallen angels’ – will typically see their bond price plummet, as many investors are forced by their mandates to sell issues that are downgraded to sub-investment-grade status. The same goes for IG exchange-traded funds (ETFs).

This forced selling pushes prices lower than justified by economic fundamentals, to the point that the bond can be snapped up at bargain prices. However, in order to avoid catching a ‘falling knife’, this decision ought to be taken only by knowledgeable active investors.

Typically, ‘fallen angels’ have specific problems that need addressing, but also often possess sufficient flexibility to stabilise their capital structure and are solidly equipped to continue servicing their debts.

The same is true the other way round too. Another good way to boost performance is to identify companies that will eventually be promoted to IG status because they have improved their balance sheet and reduced their risk of default.

Having eventually achieved IG status, these ‘rising stars’ are then bought up by ETFs and IG investors, usually enjoying a significant boost in prices.

The significance of valuations
Hardly a week goes by where somebody does not point to almost all-time low yields and spreads. So it is of course important to consider valuations.

However, comparing today’s levels with the pre-crisis period of 2006/07 is like comparing apples and oranges, because the index composition has changed so drastically.

The higher-quality segment of BB-rated debt comprises 48% of the index now, whereas it was just 40% in 2007.

This all means that spreads would now be approximately 35 basis points (bps) on a like-for-like basis as opposed to the current 385 bps (as at August 31). This compares to the 2007 lows of 242 bps.

But more important than getting caught in the numbers like a deer in the headlights is to understand the key point here: spreads can remain at low levels for years before reverting. While in the meantime, investors can sit back and harvest an attractive coupon income of around 6%.

A positive picture for high yield bonds
Overall, though high yield bonds have been perceived as risky in the past, the reality is far removed, given their history of delivering equity-like returns with much lower risk.

With an inherent spread buffer providing a margin of safety, combined with accurate and proper assessments of risk, high yield corporate bonds should indeed be used as a valuable alternative to equity investments.

Though the search for the Holy Grail of investment continues, high yield bonds might just be the closest we’ll ever come to finding it.