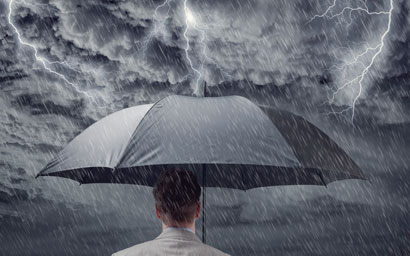 David Stevenson looks at how French asset servicing firms are coping with the drip-feed of regulations into the domestic and European market.

The age of low interest rates looks set to stay, with the phrase ‘lower for longer’ entering the financial world’s lexicon. This has had a dramatic effect on investors and those who service their assets.

Clients are being impacted by the Alternative Investment Fund Managers Directive (AIFMD) and Ucits V and in the post-trade space, the European Market Infrastructure Regulation (Emir), Dodd-Frank and Target-2 Securities (T2S).

“I’ve never had a year where I can say I’m relaxed on costs,” says Franck Dubois, head of BNPPSS in France, adding that because the yield on investments is so low, clients are focusing on costs to a greater degree.

As a consequence, asset servicers are looking at ways of driving through efficiencies and one maint theme, for example, is to have a single IT system that can service different markets.

Etienne Deniau, the head of business development at SGSS, says the firm has been developing an integrated IT system that functions across mutiple markets whichs aids in streamlining the production of reports.

“Standardisation is very important so we can produce the same reports globally,” he says.

The firm’s objective was to provide the same corporate action processing, cash management and other services to customers wherever they may be based. The main aim was to extend SGSS services to the UK and Germany; the latter was added to the platform earlier this year, with the UK set to follow suit in 2017.

While having a global footprint, BNPP SS uses its domestic market as a blueprint for moving operations to other jurisdictions. When it comes to T2S, Dubois says the firm is building on France’s infrastructure rules, as this is a mature market.

The firm also has technology that connects payments, settlements and custody throughout its networks, he says.

LION'S SHARE
Last year, SGSS claimed to have over 50% of AIFMD mandates. The two other main players also claim a strong foothold in the growing alternatives space, but it is difficult to judge which one is king of alternative fund servicing; Caceis had claimed to be to the top alternatives servicer in France and Luxembourg.

Eric Derobert, head of group communications at Caceis, says that in the wake of AIFMD, and bearing the low interest rate environment in mind, there’s a big appetite for private equity, hedge funds and real estate. About 200 people work in the group’s private equity, real estate and securitisation (PERES) business line and the firm won a major mandate earlier this year.

According to Derobert, the firm is working closely with Cacib, its investment banking arm in Luxembourg (the name stands for ‘Credit Agricole corporate investment bank’). The firm opened in London last year so as to be present in a major private equity hub.

BNPPSS is also responding to greater client demand for alternative assets. The firm has a dedicated team for these and has invested €250 million in the hedge fund space to act as an administrator.

“We have kept alternatives as a distinct organisation within the business, to be agile,” says Dubois.

Deniau says SGSS is continuing to pick up French unlisted real estate vehicle, or SCPI, work. The firm has been providing depositary and regulatory reporting services within the framework of the AIFMD to real estate retail investment firms that previously did not need a depositary bank.

His firm is also picking up forex investors who need its services and is seeing a pick-up in securitisation work, a part of the market that seems to have recovered from the reputational damage caused by the 2008 financial crisis.

THE NEXT WAVE OF REGULATION
As asset managers and services digest one course of regulations, another is all set to be served. This year, Solvency II came into force and the likes of Deniau were not going to be caught out. “We were quite sure Solvency II would happen quickly and had made the investment into the regulation early,” he says.

Dubois says: “For banks in general, there is a focus on the balance sheet [but] our business is not to do loans. We manage the transactions of our clients, we manage the payments – this is the core business.”

France, with its large number of insurers, seems to be the market Solvency II was aiming for, but naturally the regulation has a far greater reach.

Philippe Ricard, global head, asset and fund services at BNPP SS, says: “The way insurers and asset manager were looking at it was very incremental and siloed. There was too much manual stuff, without thinking about designing an end-to-end model which makes it more scalable.”

With firms gearing up for Priips – the packaged retail and insurance-based investment products regulation, which will include more investor documentation – there appears to be little regulatory respite.

Dubois for one says that the investment his firm has made into Priips is not being reduced or slowed down, even if implementation is delayed.

It appears that for asset servicers, preparation is the key to success.