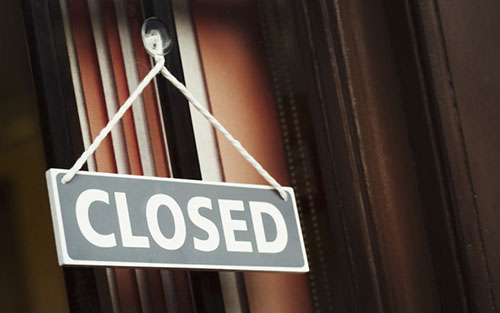 Neil Woodford’s flagship equity fund is to be shut down more than four months after it was suspended following issues with illiquid assets. The move was described as “shaking the industry to the core”.

The former star stock-picker has also been removed as investment manager of the fund with immediate effect.

According to the fund’s authorised corporate director Link Fund Solutions, progress had been made in the sale of the fund’s unlisted and less liquid assets, but not enough to allow reasonable certainty that the fund could be reopened.

Investors in the Woodford Equity Income Fund (WEIF) - which will now be renamed - won’t get any of their money back until mid-January next year at the earliest.

Link Fund Solutions said it was not possible to wind up the fund any earlier due to the need to give investors three months’ notice under the applicable European directive implemented by the Financial Conduct Authority.

“This collapse is on a par with the implosion of New Star at the height of the financial crisis, and it will shake the funds industry to its core,” he said.

Investors in the fund will have to wait till next year to find out the value of their investment. “Sadly many people will be looking at significant losses,” Lowcock said.

WEIF was initially gated back in June. During the four weeks prior to its suspension, underperformance saw investors withdrawing an average of £10 million (€10.9 million) per day.

Link Fund Solutions initially blocked the fund for a month, subject to review. The latest update suspension was set to last till December this year whilst the fund’s portfolio was repositioned.

Later on Tuesday, Woodford stepped down from the board of Woodford Patient Capital Trust and made the decision to close the company.

“The decision to close the company is unfortunately the right one as it will put a stop to the inevitable speculation,” Lowcock said.

“Investors money is ring-fenced and will remain invested in the respective funds and in the underlying investments.”