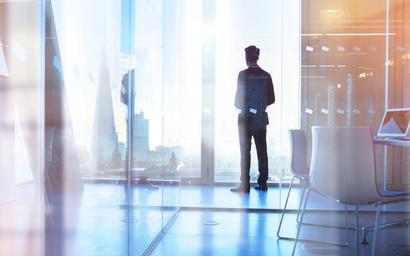 Women are significantly underrepresented in the UK venture capital sector whilst some firms have no females involved in the investment process at all, a report has found.

Less than 20% of investment professionals in the industry were women, and almost half of venture capital firms involved in the survey had no women in their investment teams, according to the study by non-profit pressure group Diversity VC.

When it came to investment decision making, 66% of firms had no women involved.

Diversity VC focuses on gender equality in the venture capital fund industry. It called on firms to do more to attract more women.

“A greater effort needs to be made by the industry to educate women about the possibility of a career in venture capital and the different options within it,” said Travis Winstanley, co-founder of Diversity VC and investment director at Catalis Group.

A total of 160 venture capital firms and over 1,500 employees were involved in the study. The results were “sobering” according to Winstanley.

As a result of the findings, some venture capital firms have spoken out about the need for more gender diversity in the industry.

“In a deal-doing environment, there’s an obvious risk that the narrative becomes too macho and gung‑ho, if there isn’t the right balance and range of perspectives within the team,” said Scottish Equity Partners vice president Calum Peterson.

“That has the potential to undermine the quality of decision making and produce suboptimal outcomes.”

Suranga Chandratillake, general partner at Balderton Capital, said the industry as a whole must recognise there is an issue.

“Once we accept that there’s a problem, you have to commit to solving that problem – and putting it at the top of the list. Once you’ve seriously committed, the tactics of doing it are actually simple,” he said.

Earlier this year, the Investment Association published a report highlighting a pay gap between women and men in the UK asset management industry as a whole, and what firms can do in order to reduce it.

According to the study, women made up less than 40% of the industry employee base. The median gender pay gap stood at 31% among UK asset managers.