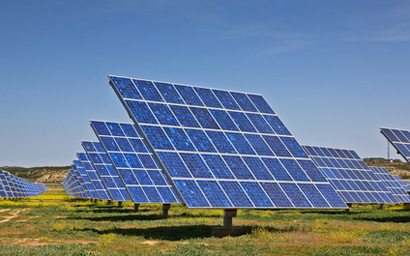 The Universities Superannuation Scheme (USS) – the UK’s largest private pension fund – has taken a 50% stake in an investment vehicle targeting renewable energy in Spain and Portugal.

The pension fund has invested £200 million (€225 million) in Bruc Energy, which was created by Canadian pension fund OPTrust and Spanish businessman Juan Béjar.

According to OPTrust’s Morgan McCormick, managing director of private markets in the UK, the investment will help Bruc become a leading renewable energy platform in Spain.

The deal, arranged by USS Investment Management, sees the UK pension fund take a stake in a major pipeline of 4000 megawatt solar farms. Bruc Energy has also announced a growth plan that will see it investing in other green energies such as wind power.

To date, USS has invested or committed around £1 billion to renewable energy. “Demand for this will only increase as more and more countries transition to lower carbon,” said chief executive, Simon Pilcher.

The pension fund, which has total fund assets of £68 billion as of March 31 last year, highlighted that Spain’s long days of sunshine and its national target to reach 100% renewable-based generation by 2050 make it an attractive place for solar energy investment.

Gavin Merchant, co-head of direct equity, added: “The long-term nature of solar and the steady returns make renewables attractive to a pension scheme needing to pay pensions for years to come.”