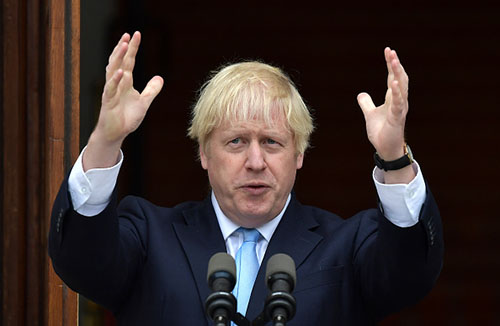 The Prime Minister and Chancellor Rishi Sunak issued an open letter to the investment industry challenging them to create an “investment Big Bang” to boost Britain’s long-term growth.

UK institutional investors are asked to consider investing a greater proportion of their capital in long-term UK assets – “from pioneering firms to infrastructure” – so that pensions savers can access “better returns and support an innovative, greener future for the UK”.

The government said over 80% of UK defined contribution (DC) pension funds’ investments were mostly in listed securities, which represent only 20% of the UK’s assets.

Obstacles to long-term illiquid investment within the UK were being dealt with, the government said, by setting up the UK Infrastructure Bank and introducing flexibilities into the cap on fees that DC pension schemes can charge.

The cap on DC fees has been cited as a barrier to investing in private assets.

The letter comes ahead of the Investment Summit in Downing Street in October.

Chris Cummings, chief executive of the UK trade body The Investment Association (IA), leant his support in a government press release, where he is quoted welcoming the news that the government is working to make investment for institutional investors easier.

He added: “Certain retail investors should also be allowed to access the same opportunities as well. The IA pioneered the proposals for the Long-Term Asset Fund and it is heartening to see FCA [Financial Conduct Authority] framework for the LTAF now under construction as it will provide a significant new way for investors to benefit from illiquid investments.”

UK GDP last year fell by 9.8% but the OECD recently raised its 2021 growth rate for the UK to 7.2%, the fastest among large, developed economies, according to government.