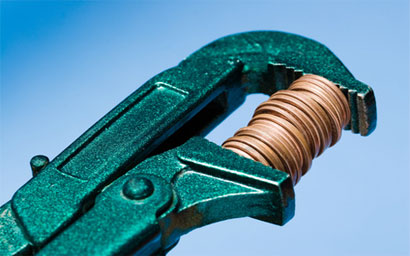 Nearly half of UK companies have scrapped paying dividends to shareholders, a report has revealed just a week after banks announced they also are suspending payouts.

As the coronavirus pandemic – which has caused over 80,000 deaths worldwide – continued to cause chaos worldwide, 45% of UK businesses had already axed payouts by April 5 in a bid to weather the storm, according to the latest data from the UK Dividend Monitor.

According to the report, published by Link Group, within a few days from the middle of March, UK companies had already scrapped paying dividends to shareholders worth a “staggering” £25.4 billion (€28.9 billion) from now on until the end of this year.

Kit Atkinson, regional head of capital markets for corporate markets at Link Group: “We have no crystal ball but news flow is sure to get worse before it gets better. The exceptional uncertainty explains why stock markets have fallen so far, so fast.

“Stock markets always try to get ahead of events and they are already pricing in a lot of bad news. If the damage to the economy truly can be limited by government action and if the economy can escape the prospect of a protracted depression, it’s clear markets can recover sooner and further. If the news turns out to be worse, they could decline further.

According to the analysis, a further £23.9 billion of payouts is at risk, but an “encouraging” £31.1bn are likely to be safe.

Even as we face the deepest recession since the second world war, investors can take comfort from the knowledge that tens of billions of pounds of dividends will still be paid this year," Atkinson added.

“More importantly, they will bounce back next year, even under quite bearish scenarios. Dividends really matter – not only do they provide income for pensioners and many other types of investor, but they also underpin share price valuations.”