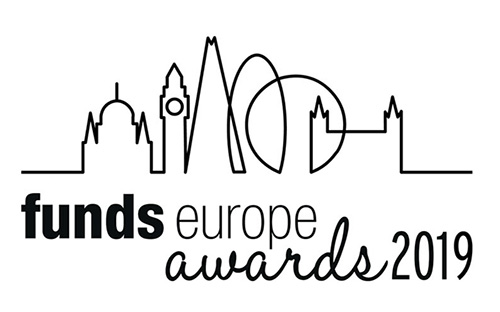 Roger Gray, chief investment officer of the £63 billion USS pension scheme, and Peter de Proft, the former head of industry body Efama, were among the personalities awarded at a Funds Europe event held in the Tower of London on Thursday night (November 14).

Roger Gray is Funds Europe’s 2019 ‘CIO of the Year - Institutional Investor’, while Peter de Proft was awarded an ‘Outstanding Achievement Award’ for his work with Efama – the European Fund and Asset Management Association – where he was director-general for 11 years until last year.

The awards were among 21 awards made by Funds Europe following a judging process by an independent panel of industry practitioners across front, middle and back offices.

‘European Personality of the Year’ was Terry Smith, chief executive of FundSmith, while another UK manager, Lindsell Train, was recognised with the title of 2019 ‘CIO of the Year – Asset Manager’ going jointly to Nick Train and Michael Lindsell.

Alan Chalmers, publisher of Funds Europe, said: “We only occasionally make an outstanding achievement award when our judges feel someone merits it. This year there was in fact more than one substantial nomination, but the panel wanted to make the award to Peter de Proft.

“His 11-year leadership of Efama pretty much maps directly onto the financial crisis period and the unprecedented regulatory changes that followed it. The judges acknowledge that in this time Peter has raised the profile of the industry and brilliantly campaigned for a better industry – not only for firms but also for customers. And he did this right from the heart of the EU.”

Efama’s office is in Brussels.

Peter de Proft said he shared Efama’s success with colleagues, corporates, national associations – and also with his family, some of whom were in attendance.