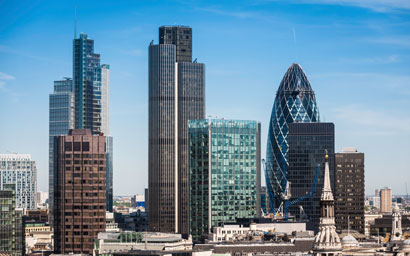 The City of London’s asset management, fintech and clearing sectors will be the most vulnerable to job losses as EU financial centres bid to poach tens of thousands of jobs, according to a report on the effects of Brexit.

The report, published today by Sheffield University’s Political Economy Research Institute, concluded that rival EU financial centres, such as Dublin, Frankfurt and Paris are lobbying hard to persuade governments to fast track new office construction and to relax business regulations and taxes in a bid to steal “low hanging fruit” from London.

One of the report’s authors, Scott Lavery, said that, while alternative EU financial centres are unlikely to supplant the City as Europe’s premier financial hub, “private and public actors within these urban centres are already seeking to capitalise on Brexit.”

“Alternative financial centres within the EU are well positioned to take advantage of Brexit, in particular in so far as they might be able to secure activities such as clearing, fintech and asset management which are now potentially vulnerable.”

Publication of the report follows news last week that JP Morgan was considering buying an office in Dublin with space for up to 1,000 employees.

The report also said that the Irish Investment and Development Agency aims to add 10,000 jobs to Ireland’s financial sector over the next five years.

A recent report by Germany’s Helaba bank estimated that as many as 32,000 jobs in the City could be lost to rival centres within the EU single market.

The City’s representative to the EU Jeremy Browne said last month that the City stands to lose between 5% and 7% of jobs as a result of Brexit, as UK firms lose passporting rights to sell their products into the EU single market.

Earlier this year the Brussels-based think-tank Bruegel estimated that the UK could lose up to 30,000 finance sector jobs as a result of Brexit, of which 10,000 jobs directly and 20,000 roles in accountancy, consulting and law.