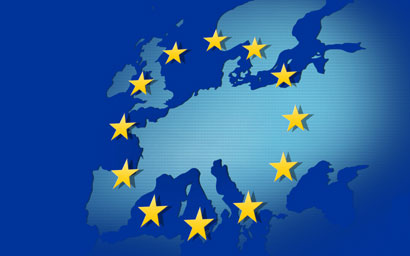 Investors should retain an overweight to European equities this year, despite a more volatile global investment backdrop, according to Frederique Carrier, head of investment strategy at RBC Wealth Management.

Carrier said that despite rising tensions between the West and Russia, “we continue to suggest holding an overweight, or above-benchmark, position” in European equities.

“Given the prospect of above-average economic growth this year, we believe earnings growth expectations of around 7% are undemanding, leaving room for upgrades. Valuations have improved and the MSCI Europe ex UK Index trades at a forward price-to-earnings ratio of 14.3x, below its five-year average,” she said.

On a sector basis, Carrier said that the financials sector is positioned to benefit from higher interest rates and the “robust growth outlook”, while Europe’s leading green tech position could render industrials an “attractive” opportunity for investors.

Carrier issued her comments after the European Central Bank (ECB) “adopted a hawkish tilt at its February meeting in a stark reversal of its long-standing position”, given the “resilience” of the Eurozone.

Until now, the ECB had ruled out interest rate rises this year, and although rates and asset purchasing will be left unchanged for now, markets predict the first rate rises could take place as early as June, with 0.40% in increases by the end of the year, according to Carrier.

Refinitiv: 2021 was a “risk-on” year for European fund investors

Carrier said the central bank’s 10 March meeting would be key in deciding how quickly it would wind down its bond-buying activities.

“Despite Covid-19 restrictions and supply chain shortages, eurozone GDP grew 0.3% quarter over quarter in Q4. While a marked slowdown from the 2.3% quarter on quarter growth generated in Q3, we think it points to some resilience under difficult circumstances,” said Carrier.

“The regional contribution to growth has changed markedly, however, with France and Italy driving growth, posting quarterly GDP increases of 0.7% and 0.6%, respectively. By contrast, the German economy, historically the engine of growth for the bloc, shrank by 0.7% in the period, due to supply chain shortages in the automotive industry.”