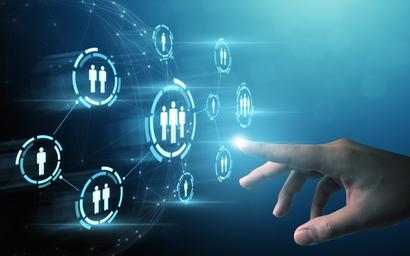 The appointments precede a new direct lending fund, which will focus on corporate lending in the lower mid-market segment and will launch externally in early 2023.

The team is headed by Andreas Klein in London, who joined Pictet AM in March 2022. He was previously a managing director at ICG where he spent eight years helping to set up and build a direct lending strategy.

Cordonnier has been named head of private debt for France and is based in Paris. Prior to Pictet AM, he was at Ares Management for over a decade where he was a principal in the firm's private debt investment team.

Based in Frankfurt, Reichenbach has been appointed head of private debt for the DACH (Germany, Austria, Switzerland) region. He was previously a managing director and head of DACH and NL Private Debt at Muzinich where he established and grew the firm's mid-market direct lending platform for German-speaking Europe as well as for the Netherlands.

He will be joined in Frankfurt by Eckert, senior investment manager, who will support sourcing and execution in the region. Previously, Eckert worked for NIBC Bank in Frankfurt in the leveraged finance team.

Raymond Sagayam, chief investment officer, fixed income, said the appointments “come at a time when we foresee a renaissance in fixed income investing and the expertise our new private debt team brings to Pictet AM will be a boost for our clients as they seek to capitalise on the attractive risk-return profile of the asset class".

In September, Pictet reported a net profit increase of 1% to 380 million Swiss France in the first half of 2022.