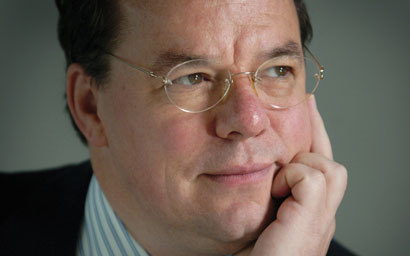 Keith Skeoch is to step down from the board of Standard Life Aberdeen (SLA) and retire as the company’s chief executive.

Following his exit by the end of the third quarter, Stephen Bird, the chief executive of Citigroup’s global consumer banking business will take over.

Skeoch, who has not disclosed the reasons for his decision to step down, said it had been a privilege to serve on the SLA’s board and as chief executive. He will serve out the rest of his contract as non-executive chairman of the Aberdeen Standard Investments Research Institute.

He has been a director of Standard Life – which merged with Aberdeen Asset Management in 2017 -  for the last 14 years. He has been chief executive for around five years, including a period where Skeoch co-ran SLA with Martin Gilbert of Aberdeen.

Sir Douglas Flint, chairman of SLA, said: “The transition from Keith Skeoch was always going to be a challenge to deliver, given the incredible scale and range of his contributions to the success of the company over many years.”

Flint said Skeoch was an “inspiring leader with a great track record and experience in leading businesses to harness digital technology”.

Bird has held various senior at Citigroup, including chief executive for all of Citigroup’s Asia Pacific business lines, and said: “This [SLA] is a company with a great history, a strong brand and an exciting future. The current crisis has highlighted the importance of active asset management as well as building greater resilience into personal financial planning.”