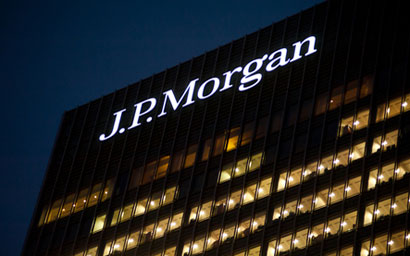 The two companies had partnered in 2020 to launch a range of ETFs under the Smart Alpha name. Nutmeg will now be wholly owned by JP Morgan.

No financial details of the transaction were disclosed but Reuters has reported that the sale cost around £700 million (€819 million).

Nutmeg has assets under management of around £3.5 billion and more than 140,000 clients.

2020 was landmark year for robo-advisor Nutmeg

However it has yet to make a profit raising questions of whether robo-advice firms are able to compete without the backing of a large buyer.

At the same time, JP Morgan boss Jamie Dimon has highlighted the threat from fintechs.

In his annual letter to shareholders in April, he stated that fintechs have “done a great job in developing easy-to-use, intuitive, fast and smart products” while acknowledging that banks are held back by “inflexible legacy systems” and “extensive regulation”.

With JP Morgan set to launch its own digital bank, Chase, in the UK later this year, there is also the question of how the two brands will co-exist in the future.

The Nutmeg brand will be retained for now, said Nutmeg CEO Neil Alexander. “JPMorgan Chase has no plans to disrupt Nutmeg's successful business model or operations, which will continue as they are. In the future, we will conduct detailed research and take a considered decision on brand choice over time,” he added.