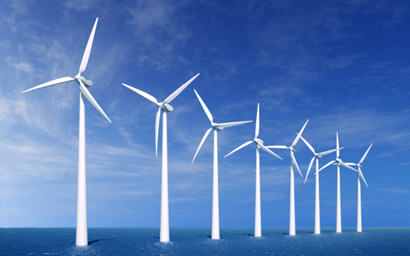 The installed capacity of renewable energy infrastructure (or how many megawatts can be produced) is expected to double over the next ten years.

“Even though [there is] a tremendous amount of capacity already installed, in the grand scheme of things, looking at the next 20 or 30 years, the sector is still in its infancy. We’re a toddler at this point,” says Christine Brockwell, head of partnerships and portfolio management at Aquila Capital – a firm specialising in renewables and green logistics.

To make a viable investment, among other factors, Brockwell looks for resource-rich countries – places where wind, solar or hydro is strong and steady.

Since its inception in 2019, the Aquila European Renewables Income Fund (AERIF) has invested in a number of windfarms, notably in the Nordics.

In March last year, it increased investment in Denmark’s Svindbaek Vindkraft HoldCo ApS, spending about €13 million on three additional turbines for the facility.

The wind turbines help to reduce annual carbon dioxide emissions by more than 6,500 tons, according to the firm, while providing 9.6 megawatts of power.

Over the course of Svindbaek II’s projected 25-year lifetime, the assets are expected to save nearly 150,000 tonnes of CO2, says Brockwell.

But despite the obvious benefits, there will always be friction when it comes to renewable energy infrastructure and technology. Not everyone is a fan of wind turbines’ effect on their local landscape.

“There are two sides of a coin. Everyone loves wind energy, but there is a ‘not in my backyard’ mentality in certain regions,” says Brockwell. “We strive to be good citizens and host community events for the windfarms, but in the end it’s the original planning commission that needs to understand their constituents needs.”

In the name of community spirit, Aquila Capital recently set up a temporary ski slope at a co-owned asset in Norway and hosted a dinner party at the end of the day.