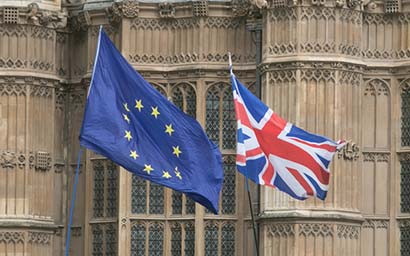 As election fever begins to take hold in the UK, the Investment Association (IA) has called on the next government to avoid a no deal Brexit and protect cross-border investment activity.

In a manifesto of policy recommendations, the funds industry trade body urged the implementation of a modern regulatory system that focuses on international competitiveness and consumer protection.

According to the organisation, the government has a key role in securing the industry’s success – in the best interests of the majority of the public.

Chief executive Chris Cummings said: “Investment managers help three-quarters of all UK households to achieve their future financial and life goals by helping to grow their savings through investments.”

“We need to maintain and continue to promote the role we have established as we seek out new frontiers post-Brexit,” he said.

The investment management industry in the UK currently manages more than £7.7 trillion (€8.93 trillion) on behalf of savers and investors around the world.

The manifesto also stated that the next government should set up an immigration and visa system that would facilitate UK-based businesses to attract skilled talent and allow British employees to gain experience overseas.

Following the December vote, the emerging government should also help the industry further invest in the country’s infrastructure and build local communities, the IA said.

The election takes place on December 12  - it is the first December poll in the UK since 1923. The country’s departure from the EU is set to play a key role.

Conservative party chairman James Cleverly has insisted that a no deal Brexit remains the default, it has been reported.