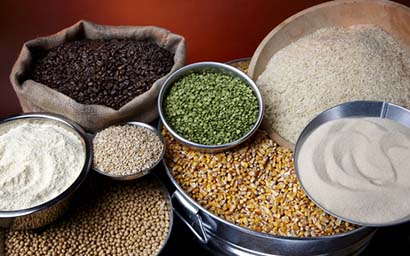 Out of the eight thematic ETFs worldwide that specifically track agriculture, only one has an ESG tilt, according to research by Morningstar.

The Rize Sustainable Future of Food Ucits ETF was launched in September last year and has adopted a strictly ‘no meat’ policy as it seeks to capitalise on future trends in sustainable food production.

But approaching themes such as food security and biodiversity loss through ETFs can be complex¸  Funds Europe learned in the Spring ESG report.

One issue is the lack of transparency across supply chains. Companies are still not required to disclose their Scope 3 emissions, which are typically responsible for the majority of an organisation’s total greenhouse gas output, according to the United States Environmental Protection Agency.

Meanwhile, deforestation in the Amazon continues at pace, increasing sharply last year, despite Covid-19. Nearly 2.3 million hectares of rainforest were lost throughout the year, data from the Monitoring of the Andean Amazon Project shows.

Much of the deforestation in countries such as Brazil and Colombia appeared to be linked to cattle pastures, the group said. According to the UN, livestock is responsible for nearly 15% of the world’s green house gas emissions.

Another ETF provider that has taken up the broader food theme is France’s Ossiam, which unveiled its Food for Biodiversity Ucits ETF earlier this year.

The fund has been designed to tackle the destruction of global biodiversity. Portfolio construction leads typically to a 99% reduction in negative biodiversity impact for the fund, the French firm said.

Its main holdings include the likes of Starbucks, McDonald’s, Costco and Nestlé.

When the ETF launched, chief executive Bruno Poulin warned that “if current food production methods and diets are not drastically improved, there are likely to be calamitous environmental, social and political outcomes”.

According to James Alexander, chief executive of the UK Sustainable Investment and Financial Association, food and water security are set to be among the biggest social issues of the century.

“This therefore represents a huge investment issue because as soon as there's food security issues, it becomes political,” he told Funds Europe.

As Ossiam’s head of research, Carmine de Franco, stated: “We cannot afford our consumption. If you think of increasing population and the changes in food habits from emerging middle classes, we don’t have enough resources. At some point, either we manage the transition, or we will end up fighting wars for food.”

To learn more about the role ETFs and investment can play in addressing issues such as food security and deforestation, read the full report here: ETFs for vegans