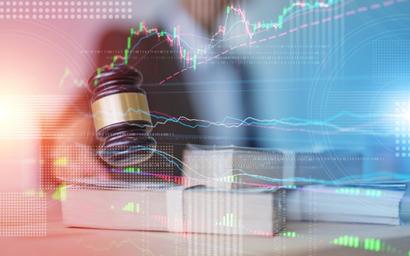 Included in this, the asset manager’s founder, Bruno Crastes, faces a €15 million fine and a 10-year ban from the European investment industry.

H20 has now hit back and said the allegations are “unfair and disproportionate” but has established a reserve to cover any potential costs, pending the regulator’s final ruling.

The action follows the collapse of funds worth €1 billion two years ago on the back of unauthorised investments in illiquid bonds associated with Windhorst.

The regulator argued the Paris-based shop was not authorised to invest in illiquid bonds via funds open to daily withdrawals.

But in a client note shown to Funds Europe following the hearing, H20 said the levy was ‘unfair’ and disputed the claims that it was not compliant with investment rules surrounding transactions related to Lars Windhorst’s Tennor Group and that it did not follow rules surrounding the buy and sell-back transactions related to Lindhorst’s holding company.

H2O said its managers have “firmly and factually contested the first two allegations brought in this case,” claiming they are “essentially technical matters".

“They regret the severity of the requested sanctions – which H2O AM deems unfair and disproportionate to the case and the rapporteur's conclusions – requested by the AMF Board.

“It is important to underline the complete absence of any fraud or intentional error on the part of H2O AM, Bruno Crastes and Vincent Chailley; both in the notification of grievances and in the rapporteur's report,” the note said.

The asset manager did not dispute allegations of exceeding an investment ratio.

A reserve to cover the maximum foreseen penalty has been created but H2O said it would not impact the firm’s ability to operate and it is currently awaiting the formal decision from the French regulator.

The asset manager has already set out plans to cease investments in private securities.

H20 is also facing an FCA probe for “alleged non-compliance” with several of the regulator’s principles, while German authorities are investigating whether Windhorst breached rules while attempting to fundraise to repay H2O – an allegation Windhorst denies.