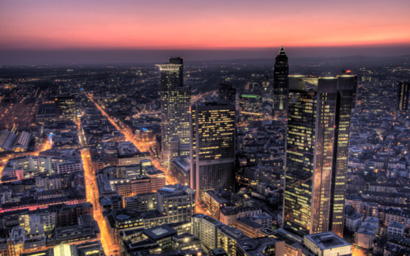 Commerzbank and Deutsche Bank have terminated negotiations to merge their banking operations in Germany.

The Frankfurt-based banks indicated they felt consolidation would not be in the best interests of shareholders and other bank stakeholders.

Commerzbank chief executive Martin Zielke said that the merger was unlikely to deliver benefits that would outweigh the additional execution risks, capital requirements and costs of restructuring that this large-scale integration would generate.

Christian Sewing, chief executive of Deutsche Bank, said it had not been convinced that a domestic consolidation would deliver higher and more sustainable returns, or that it would allow the combined entity to “enhance its value proposition to clients”.

Deutsche Bank said that it will explore other avenues to reinforce shareholder returns and to boost long-term profits.

For Alexandra Annecke, portfolio manager at German asset manager Union Investments, the problems of a Commerzbank-Deutsche Bank tie up had become increasingly obvious. “Deutsche Bank now needs a plan for how to increase profitability, particularly for the investment bank,” she said. “The figures for the first quarter are above expectations, but also indicate that the goal of 4% return on tangible capital for 2019 is becoming increasingly remote.”

Zurich-based financial services group UBS is discussing a potential merger of its asset management unit into DWS in a deal that would give UBS an equity stake in the merged entity.