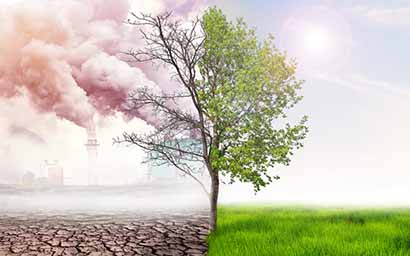 The majority of the largest UK pension schemes failing to act on climate, according to research.

Seventy one of 100 major UK pension schemes have yet to make robust net zero emissions commitments and almost £2 trillion remains in schemes that do not align with the Paris Climate Agreement.

Make My Money Matter is a campaign established by filmmaker Richard Curtis.

While progress has been made over the past 12 months – with an estimated £800 billion worth of UK pension money now in schemes working to tackle the climate crisis - there is still almost £2 trillion in UK pension schemes that are driving the climate emergency, “risking the health of the planet and the health of investor returns”, Make My Money Matter said.

Curtis – whose films include Love Actually and Notting Hill - said the past year had shown how powerful pensions can be in tackling the climate crisis, with leading businesses committing to sustainable pensions and citizens using their “pension power” to green their investments. There have also been “robust” net zero commitments from progressive pension providers.

But Curtis added that the research highlighted “just how far we have to go”.

“With almost three quarters of leading pensions schemes not yet aligned with the goals of the Paris agreement, we have to act with urgency to make sure that the trillions in our pensions help tackle the climate crisis, not fuel the fire. We need pensions to be proud of. Our report shows that voluntary action alone is not enough and that’s why we want the UK Government to make Net Zero mandatory for all schemes at COP26."

Major schemes yet to make robust commitments on net zero, according to the research, include Airways Pension Scheme (British Airways), the Bank of England Pension Fund and Essex Pension Fund.