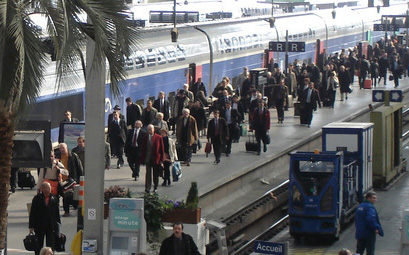 As such, the sector has been one of the few areas of the European market to record asset growth during the first half of this year, according to Cerulli’s European July product trend update.

The increase comes as investors look for protection from rising inflation with the Euro area annual inflation reaching a record 8.6% in June, up from May’s figure of 8.1%.

Cerulli’s report stated infrastructure often provides a hedge against rising prices, particularly when companies are able to renegotiate contracts and pass on costs to customers.

This is currently being further boosted by strong encouragement at the national level to boost infrastructure investment, for example in the expansion of Swiss rail transport and the UK expanding the internal capacity of its Infrastructure Bank.

Cerulli believes the €29 billion segment will continue growing this year.

In contrast, traditional fund sectors saw large decreases in AUM, including global large-cap equity, which was down 25%, and global emerging markets equity, down 17%.

Furthermore, the technology equity sector saw a substantial decrease in AUM of 39%.

Fabrizio Zumbo, director at Cerulli, commented: “One of the few pockets of the European market to record asset growth during the first half of 2022 has been infrastructure equity funds.

“The intersection of infrastructure and sustainability will also continue to represent a major opportunity as economies globally seek to address the need for greater investment in a greener future.”