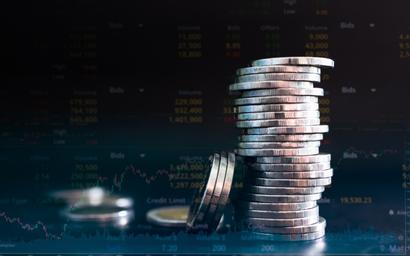 Investor confidence in global exchange-traded funds (ETF) returned to its highest level in eight months, according to new research.

For the first time since March 2022, the sector saw in-flows of more than €100 billion in October, research by Amundi Asset Management has revealed.

Data from all worldwide financial regions showed that last month €111 billion was ploughed into the ETF market, which gives investors access to a basket of securities to buy or sell through a brokerage firm on a stock exchange like the New York Stock Exchange and NASDAQ.

That was more than a three-fold increase on September’s figures when in-flows were €34 billion.

By far the biggest spike - well over three quarters - came in the North America (NA) region, which added $88.4 billion (currently $91.6 billion) to its overall share of the spend.

The most popular thematic ETFs in the US

The Asia-Pacific (APAC) region allocated the equivalent of €13.7 billion to ETFs, while the total for Europe, the Middle East and Africa (EMEA) investors was €9 billion.

The figures indicate a welcome return to confidence in a market which has had a particularly challenging year.

In April, ETF purchases fell to their lowest level since the depths of the Covid crisis as the war in Ukraine and spiralling global inflation sapped demand.

Net inflows had plummeted to $27.4 billion compared to $117.4 billion in March, and at the time, that was the lowest figure since March 2020.

The new research from Amundi also revealed that, as was the case in September 2022, equities were the most popular asset class in October, with in-flows of €79.9 billion compared to €34.2 billion for fixed income.

Bonds were the most popular asset class within fixed income for European investors, gaining €5.6 billion in October, while they also allocated €2.7 billion to corporate debt and €2.3 billion to government debt.