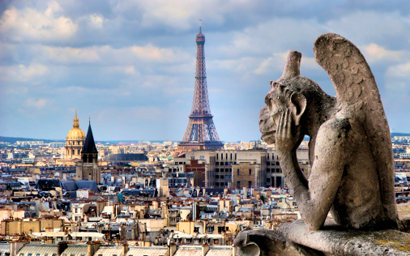 The French financial regulator has warned that if investors continue to pour money into ETFs “sustained vigilance” will be needed during periods of market stress to avoid extreme volatility.

The warning, contained in a study of the French ETF market published by the Autorite des Marches Financiers (AMF), follows a flash crash of US ETFs in the summer of 2015.

According to the study, global demand for high-yield and low-cost investment products has seen global assets in ETFs grow by 20% a year over the last four years with ETFs now accounting for more than €2,850 billion of assets under management, or 7% of all investment assets globally.

The AMF said that recent instances of market stress, and the consequent impact on market liquidity and stability, had prompted its report that aims to analyse the impact of ETFs on underlying assets as well as on the underlying markets themselves.

The report – called ‘ETFs: Characteristics, overview and risk analysis’ – found that ETFs often trade at significant discounts when markets are stressed and “correlation effects can amplify volatility on underlying markets”.

On the positive side, the report concluded that “circuit breakers” currently in place in the French market would make it possible to contain the risk of significant divergences between the traded price of an ETF and the immediate net asset value of the underlying basket.

In addition, the report found, the total take-up rate of ETF’s in the French market is, on its own, “insufficient to have a significant impact on underlying markets in the event of units being redeemed”.

The report also found that subscriptions and redemptions of ETF units appear to be counter-cyclical and thus serve “to dampen major price movements rather than to amplify them”.

The market in ETFs listed on the Euronext Paris exchange is made up of 477 funds with total assets under management of €103 billion, as of end December 2016, up 66% on December 2014.