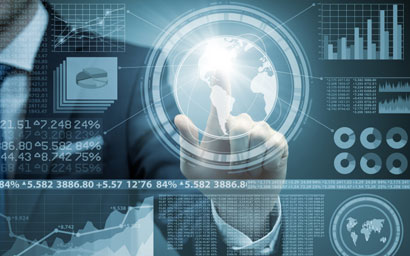 Central bank digital currencies – or CBDCs – have become a prominent part of the conversation about the future of money. Currently, they are being researched and developed by a number of governments across the world, including Australia, Sweden, the UK, the US, and Hong Kong.

The European Central Bank’s president Christine Lagarde stated recently in March that the digital Euro could be launched within four years. China, on the other hand, has already started live roll-outs of its digital yuan in four major cities. Some have speculated China’s recent announcements about the crackdown on bitcoin mining may be connected to these developments.

What is a centralised digital currency?

Most of the money in circulation exists digitally. They are represented by numbers on a screen and kept in account central counterparties we trust. However, this digital money has one significant drawback. It doesn’t provide digital uniqueness - meaning each unit of the currency is indistinguishable from another.

Central bank digital currencies are designed to be different. Rather than being just a digital representation of money, a CBDC is created as a fully digital version of a country’s fiat. It is issued exclusively by the central bank and serves as a legal tender.

A CBDC could either be distributed to individuals via their accounts in commercial banks or via an account directly with the central bank. An individual’s digital funds could be accessed from a digital wallet on their smartphone and used in all daily retail payments.

Governments have been exploring CBDCs because they could provide certain advantages over the current financial infrastructure, including:

However, their critics also point out that CBDCs could also spark more governmental control of private transactions.

To a large extent, CBDCs were inspired by the development and increased adoption of cryptocurrencies. However, CBDCs and cryptos are two fundamentally different phenomena.

Cryptocurrencies such as bitcoin are decentralised and autonomous. In other words, bitcoin is not governed by a central party but it is running autonomously through code executed simultaneously by a geographically dispersed network of computers.

Additionally, bitcoin has a finite supply that was hard-capped at 21 million individual coins. The supply of a CBDC, however, can be infinitely increased - just like the supply of any other fiat currency today.

Finally, bitcoin is increasingly recognised as a digital investment asset. It is traded on digital exchanges where its price is determined through the interplay of supply and demand. A CBDC, on the other hand, would mimic the basic purposes of cash - it would serve as a means of payment and a store of value, essentially lacking the basic investment characteristics.

What does the future hold for CBDCs?

There is a growing consensus that CBDCs will be implemented by nation-states worldwide in a not too distant future as that would provide a significant improvement over current fiat money while retaining all its basic strengths.

The implementation of CBDCs could also lower the entry barrier to cryptocurrencies for an average person by popularizing the idea of digital money and related technology such as digital wallets.

Ultimately, all of the long-term effects of the implementation of CBDCs remain to be seen. However, for now, crypto investors and enthusiasts may welcome CBDCs as a sign that even wider adoption of crypto technologies is imminent and that cryptocurrencies are here to stay.