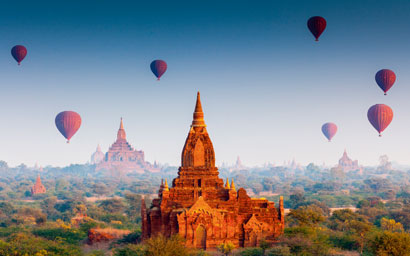 Economic and political upheaval across Asia is opening up new opportunities in equities. Kit Klarenberg looks into some of the rewards and hazards.

The first decade of the new millennium was a boom period for emerging markets, and equity investors in the region reaped major rewards. Annualised ten-year returns from the MSCI Emerging Markets Index hit a high of 15.9%, compared to a paltry 2.3% achieved by developed market indices.

In 2010, the asset class’s fortunes sharply reversed, as a melange of cyclical, political and structural challenges in every emerging region produced sizeable outflows from equities.

This development has since metamorphosed into a trend. in January this year, the International Monetary Fund forecast that 2016 would be the sixth successive year in which emerging market growth would falter.

The IMF’s report was not without caveats, however. It suggested continuing poor performance would be driven by select regions in the emerging market sphere, in particular Latin America and Eastern Europe.

Conversely, Asia had the potential to flourish anew.

The report attributed this newfound promise to seismic changes currently afoot across the continent, but didn’t delve into specifics. What’s stirring on the world’s largest landmass?

REFORMATION
Karine Hirn, head of East Capital’s Hong Kong office, says a key area of progress is easier access to domestic equity markets created via the relaxation of foreign ownership limits, long a bugbear of emerging market investors. These restrictions were unpopular as they could significantly impact the liquidity of Asian stocks, push available shares to inflated values and make active shareholding problematic.

This wave of reform is a very recent development – as late as April 2015, Asia still had more restrictions on foreign equity ownership than any other region in the world, according to the World Bank – and is primarily being driven by the largest equity market in the region.

“Schemes such as the Qualified Foreign Institutional Investor program, which operates on a ‘licence and quota’ system, and the Shanghai-Hong Kong Stock Connect platform, which allows eligible Hong Kong-based investors to trade designated securities on the Shanghai Stock Exchange directly – and vice versa – have helped to increase the depth of the Chinese equity market.”

Often, state governments and businesses alike are being given a prod in the right direction by asset managers. For instance, Hirn says East Capital uses its voting power to push for foreign ownership relaxation resolutions at shareholder meetings in Vietnam.

Indonesia, Malaysia, Pakistan, the Philippines and Thailand aren’t far behind China, either. Foreign ownership limits have effectively been dropped outright in a number of sectors in the past 18 months.

For Jones, these changes are symptomatic of improvement in Asian corporate governance standards in general.

“This is a sign that Asian companies are taking seriously issues such as disclosures, transparency and the equitable treatment of shareholders,” he says.

Today, this paradigm has been almost completely overturned. Hugh Young, managing director of Aberdeen Asset Management, notes companies across the board have become highly dependable dividend payers, with around 95% of the stocks listed in the MSCI Asia Pacific ex-Japan index now offering one.

A widespread reticence to increase capital spending means businesses are using cash reserves to increase payments, too – and share buybacks are also being embraced in some quarters.

There are significant demographic drifts also currently afoot in Asia, too.

The continent’s size means it’s home to both ageing and youthful populations in almost equal measure, but the growth of incomes and middle classes is a region-wide phenomenon. Asian emerging and frontier economies often have sizeable populations, and huge domestic markets for many products and industries as a result.

“Rising affluence in Asia, and its resulting impact on lifestyles and discretionary spending provisions is a major theme and key influencer,” says Jones.

Young likewise favours discretionary spend stocks, such as tourism, healthcare, insurance and consumer goods companies – although he says private sector banks continue to do well in places too.

“The region’s growing middle classes are driving demand for everything from white goods to financial products, from milk powder to washing powder,” he says.

“This demand is structural, not cyclical – Asia will grow faster than the developed world for years to come.”

THE BIG CHILL
Based on the performance of Asian stock markets since the start of the year, the IMF’s prediction appears to be becoming reality. Bourses in countries such as Indonesia, Malaysia and Thailand have delivered double-digit gains in euro terms over the year-to-date. This is in stark contrast to most other markets, which have been typified by precariousness since January, and are yet to enduringly rebound.

Despite this, ‘hot money’ hasn’t been correspondingly flowing into the continent – if anything, the reverse is true. The deluge of foreign capital has increased since China’s Black Monday last August, and the Federal Reserve rate hike in December merely intensified the outflux.

Today, a typical investor is heavily underweight Asia. Evidently, many are wary of the continent’s equity markets, and don’t want to get their fingers burned. Equity valuations across the continent are testament to this Asian aversion – they’re among the lowest in the world.

“Asian equities also offer some of the best value around these days – the MSCI Asia Pacific ex-Japan index is trading at 1.48 times book value,” says Young.

This caution is perhaps understandable, though. Corporate and government debt, primarily denominated in US dollars, has risen rapidly in recent years. Accommodative monetary policies have pushed asset prices ever higher. Companies, individuals and governments are potentially vulnerable to a severe liquidity crunch when interest rates eventually rise.

These circumstances are troubling on their own merits, but are especially disturbing given this exact milieu presaged the 1997/98 Asian financial crisis. It spread across the continent like wildfire, and a lot of people lost a lot of money in the process.

Fears of a repeat performance are holding investors back, but is a reprise likely? Young thinks not.

“Pundits talk about another Asian crisis but regional economies are better equipped to weather external shocks now, and governments are prioritising reform,” he says.

Robert Rountree, global strategist at Eastspring Investments, concurs. He notes that while debt has risen in absolute terms, borrowing hasn’t been spread evenly across the continent – the increase has largely been driven by loans taken out by China’s property sector.

“The way money has flowed out of Asia, you would think that it’s game over for this part of the world – yet, it’s a region of unprecedented wealth creation, a place that makes most of the things the world needs to buy,” says Young.

Ultimately, challenging negative investor perceptions of the region could be the key challenge for asset managers. Picking high yielding growth stocks, and buying them at a decent price, somehow appears
to be far simpler.

The best course of action may be to seize the initiative and capitalise on the bounty offered by misconceived investor sentiment: hoover up the diamonds at bargain-basement rates, build something compelling and hope investors come.