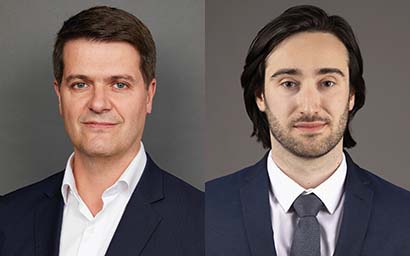 Three sets of rules have been proposed to prevent the misuse of shell entities for improper tax purposes. Bastien Voisin (pictured left) and Yann Ricard of law firm Goodwin explain.

“Is this the end of European investment fund activity?” “Should we be looking for other jobs?” These are questions we’ve heard lately following the EU Commission proposal for a new directive to fight against the misuse of shell entities for improper tax purposes. This was issued on December 22 to ensure entities in the EU that have minimal or no economic activity are unable to benefit from any tax advantages and that they do not place any financial burden on taxpayers.

Three sets of rules have been proposed. First, some entities would have to report information on their substance to local tax authorities. The entities at stake are those operating cross-border, receiving mostly passive income and outsourcing the administration of day-to-day operations and decision-making on significant functions. An entity falling in scope would have to report information in its tax return, such as information in relation to the company’s premises, its bank accounts, the tax residency of its directors and that of its employees.

The second prong is about consequences. The proposed measures provide transparency standards around the use of shell entities, so that their abuse can be detected by the tax authorities. If an entity is deemed a shell company because it fails the substance test, it will not be able to access tax relief. In addition, payments to third countries will not be treated as flowing through the shell entity and will be subject to withholding tax at the level of the entity paying the shell entity. Accordingly, inbound payments will be taxed in the state of the shell’s shareholder. The Member States where the shell entity is established would need to refuse to grant a tax residence certificate, or grant such a certificate but specifying that the entity qualifies as a shell entity that is ineligible for the directives’ and tax treaties’ benefits.

The third prong provides for the automatic reporting between tax authorities of EU Member States regarding the information disclosed for the purposes of the first two sets of rules.

There are various elements for which we are still waiting for clarification, especially a potential exemption for certain AIFs and Ucits and their underlying owned entities – which could save the fund industry in Europe, and also our jobs!

The EU Commission did not forget the “punishment set” in cases where reporting obligations are violated. Here, the Member States would be required to provide penalties that should include an administrative pecuniary sanction of at least 5% of the entity’s turnover in the relevant tax year.

Member States have to adopt and publish the necessary laws and regulation by June 30, 2023 to comply with this proposed directive, which should come into force as of January 1, 2024. A directive to be published in 2022 will respond to challenges linked to non-EU shell entities.

It sounds like the Commission’s plan is well prepared and the troops are already deployed for the so-called ‘Fair Taxation’ war. EU Member States need now to agree anonymously on this proposed directive, which might be another fight.

Bastien Voisin is a principal in the private investment fund group, and Yann Ricard is an associate in the tax practice, at Goodwin law firm in Luxembourg.