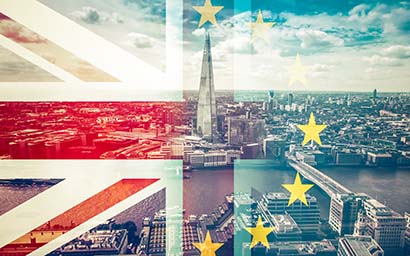 Funds Europe discusses outsourcer oversight in a post-Brexit market with Paul Roberts of Milestone Group, based on the results of a Milestone survey.

In February Milestone Group, in conjunction with Funds Europe, ran a survey on the oversight of outsourcing providers in a post-Brexit market. The rationale, says Paul Roberts, regional managing director of Milestone, was to see how prepared market participants are for Brexit just over a year ahead of the start of the transition period.

“More specifically, we wanted to see what role Brexit is playing in leading firms to reconsider their operating model and to revisit their oversight strategy in what will be a more distributed funds market,” says Roberts.

The issue is complicated by the level of uncertainty that permeates Brexit. For example, when asked if the UK will secure a deal to retain full EU passporting rights, only 30% of respondents are confident it will. This is unsurprising given the commentary coming from both the EU and the UK on the impact of the UK exiting the customs union and the single market.

“This shows that Brexit is an issue that goes far beyond UK firms,” says Roberts. In fact, it could be argued that firms in the EU could be more concerned about the impact of Brexit than those in the UK given the responses to the survey. For example, the majority of firms that plan to review and upgrade oversight of their outsourced processes or IT systems due to Brexit are those headquartered in the EU but with operations in the UK rather than vice versa. 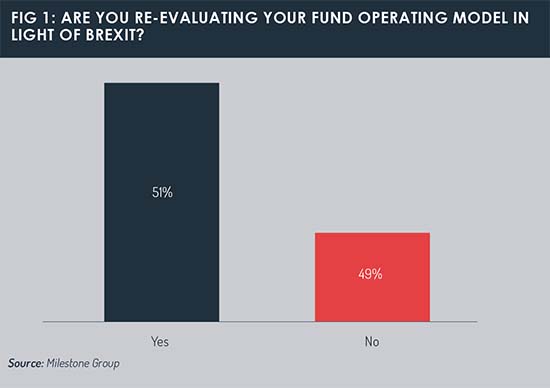 The survey also revealed that a number of respondents are waiting for greater clarity on the Brexit deal before making any plans to review their processes and operating models. “This may become a risky strategy with time ticking away,” says Roberts.

Should firms have to make changes to their model or set up a new office inside or outside the UK, it will take time to set up new infrastructure, hire and to house people, says Roberts. And while those decisions may turn out to be irreversible in practice, they will have to be made sooner rather than later, especially for larger firms.

Other game-changing legislative impacts to the market have tended to focus solely on the financial services sector, giving market participants the chance to lobby for their interests and to push for deferments or delays to deadlines in the face of uncertainty or a lack of clarity. But such is the scope of Brexit that even the largest banking players will have to act, regardless of the clarity of the situation, says Roberts.

Oversight becomes a core process
When asked more specifically about outsourcing and oversight arrangements (see Fig 2), the majority of firms are satisfied with their current governance, people and with their choice of service providers. However, the majority have also reviewed their processes and are less satisfied with the technology supporting the oversight process, with over 50% intending to make changes to their supporting technology.

This shows that operational oversight has become a much greater priority for firms in recent years, says Roberts. “The findings support the trends that we have witnessed – with oversight increasingly recognised as a core operational process.” 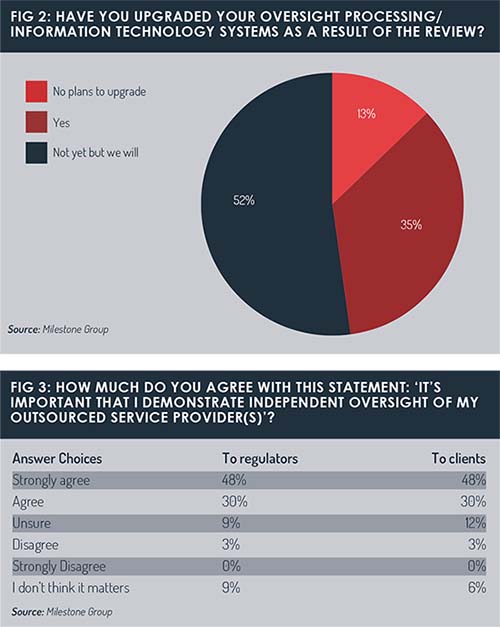 It also shows that more needs to be done to ensure the process is fit for purpose, says Roberts.

“As with other core processes, it is necessary to industrialise and automate the process to achieve scale, efficiency and control operational risk. These responses are a strong endorsement of this message.”

The survey responses also show that while Brexit is important, it is not the only factor inspiring a greater focus on the review of outsourced activities – in fact, it accounts for less than 20% of organisations’ concerns, alongside regulatory pressure (at both a local and headquarters level), pressure from fund boards and operating model reviews.

“Brexit is driving additional focus at this time but it is just one of a number of factors,” says Roberts. “It has brought additional attention to the review of outsourced activities, but the survey results indicate that many of these reviews would have occurred anyway.”

The influence of fund boards and clients as a catalyst for fund managers to demonstrate independent oversight of their outsourced activities is also a notable change and a shift from attitudes five years ago when regulatory attention was clearly the main influence, says Roberts (see Fig 3).

“The voice of the investor has become more prominent. We are observing asset managers responding to due diligence enquiries by including reference to an industrialised oversight process as part of their broader credentials.”