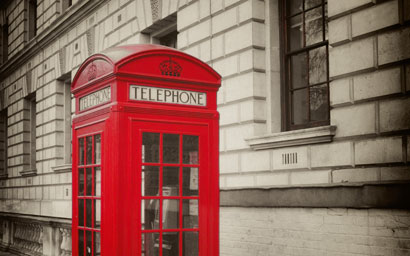 Post-Brexit, Luxembourg is keen to attract the UK’s £1.2 trillion of assets in segregated mandates owned by European investors. David Stevenson asks if this is possible.

The uncertainty surrounding the UK’s exit from the EU has various domiciles, including Luxembourg, eyeing up segregated mandate assets. And for good reason. The £1.2 trillion (€1.4 trillion) of European assets held in the UK will face regulatory problems if a deal for the passporting of services is not reached.

For example, Italian pension schemes require their assets to be run by EU-based managers, and some other European institutional investors have similar rules.

The UK’s asset management industry is a world leader in segregated mandates, which in their entirety make up £3.3 trillion of the £5.5 trillion of total assets managed, according to figures by the Investment Association.

Luxembourg is a European leader for fund domiciliation but few, if any, support the notion that it could take the UK’s place as a global finance hub.

Asset managers across the EU rely on the passporting regime that enables them to sell services across the single market with ease. Once the UK leaves, however, it is not clear whether British asset managers will find it as easy to access and service European investors.

For asset managers to manage these mandates, they require a licence under the Markets in Financial Instruments Directive (MiFID).

Jon Griffin, Luxembourg country head at JP Morgan Asset Management (JPMAM) in Luxembourg, says JPMAM in London holds a MiFID licence in the UK capital, as the directive covers firms not authorised as alternative investment fund or Ucits managers, which JPMAM is in Luxembourg.

Griffin says that it would require a new entity in Luxembourg if the firm was to run segregated mandates from the Grand Duchy, although it’s unlikely that portfolio managers would move location.

Currently, firms in Luxembourg can delegate the management of a fund to another jurisdiction. This could be London, where a number of firms hold their MiFID licence, including Legal & General Investment Management, Capital Group and M&G.

Griffin says the point of considering the need for a MiFID entity in Luxembourg would be to seek to continue segregated account business which would currently be contracted with a UK MIFID entity. If you can leverage Luxembourg as your EU gateway domicile you should be able to come up with a model where you can continue to delegate the investment management back to the UK “leveraging where you already have substance versus doing it where you don’t have substance and have to build it”.

“Oversight and control will need to take place where you have your MiFID entity domiciled but the investment management element should be able to be delegated to a location which is already managing substantial financial assets[such as London],” he says.

CRASH LANDING
In the event of a hard Brexit, UK-based asset managers may look to establish a MiFID company in the EU, as Griffin suggests. However, certain jurisdictions, including Luxembourg, may take a dim view of firms claiming to have a MiFID entity set up when it is in fact a ‘brass-plate’ operation.

Denise Voss, chairman of the Association of the Luxembourg Fund Industry (Alfi), says brass-plate firms no longer exist, as firms need a level of substance to be considered a legal entity.

She adds that British managers have 17.2% of the assets under management in Luxembourg funds, so it’s no great stretch to add segregated funds to that number. A segregated or separate account is, in essence, simply a mandate to manage funds for a single investor.

One aspect that firms have neglected to use, Voss notes, is the ancillary services included within AIMFD and Ucits licences. These services include investment advice and discretionary portfolio advice. This would negate the need to delegate, but is still an issue for firms that have their investment expertise outside of the Grand Duchy.

“I’m not aware of any organisation that has taken advantage of that aspect [ancillary services] of the Ucits and AIFMD licences,” says Voss.

KPMG’s Bock also thinks firms can make use of the ancillary services contained in existing licences. “I believe that it’s possible for people to come to Luxembourg and take advantage of their existing Ucits platforms and go into MiFID [enabling management of segregated accounts],” he says.

As a strong advocate of Luxembourg’s abilities as a financial centre, Bock is confident it could absorb the extra assets held in segregated mandates.

“The two infrastructures [in Luxembourg] that are state of the art are the custody business – it holds €3.7 trillion, so an extra €1 trillion is peanuts – and the existing international infrastructure. We do international business, everyone speaks English; the same might not be said of Frankfurt or Paris,” he adds.

EQUIVALENCE
For the UK to remain able to manage European segregated mandates, it is vital that the EU grants ‘third-country equivalence’ after Brexit.

Many firms delegate the portfolio management of funds back to the place where the expertise lies. Alfi’s Voss sees no reason why London wouldn’t be included in that third-country list.

“As long as the jurisdictions are deemed equivalent, the regulators must do a memorandum of understanding, and prove they can exchange on regulatory practices,” says Voss.

Griffin at JPMAM also thinks that there’s no reason why firms shouldn’t be able to delegate to their “centres of excellence” in the same way today for Ucits firms although the substance requirements must be fully understood.

Bock sounds a note of caution, however. The biggest challenge of a hard Brexit, he says, is that while a number of directives have third-country rules, not all of them do.

“The biggest fear we have is disruption of service. We want to continue to serve the EU market, [and the] UK is part of the EU; if it isn’t, do I have to stop all of these pipelines?”

Given that Brazil, Mexico and India – all emerging markets – are included on the EU’s equivalence list, there is no plausible reason why the EU would not add the UK to it. Some reports have suggested the European Commission wishes to punish the UK; others maintain that such an action would backfire on the EU, hurting it just as badly.

Voss says that a hard Brexit is not as bad for fund management as it might be for other industries, since many companies set up their funds in Luxembourg or Ireland for distribution. If firms have to set up MiFID entities in Luxembourg to retain their European segregated mandates, it may cause minor disruption – but as long as the UK is deemed equivalent, then the management of segregated accounts will remain in the UK.

In other words, it will stay business as usual.