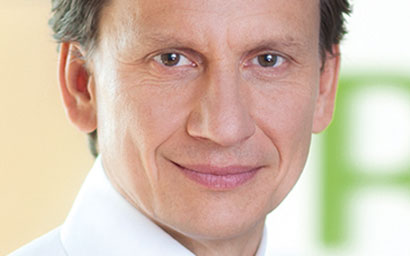 Imagine if police traffic control were no longer financed through taxes but through annual fees on motorists and cyclists. Sounds absurd? But the fund sector in Europe faces a very similar scenario, should rumours emanating from Brussels come to pass. These concern the reform of the European financial supervisory authorities ESMA, EBA and EIOPA (so-called “ESAs”) and their future funding.

Currently, the national competent authorities of EU member states contribute 60% to the ESAs’ funding, and the EU provides 40%. But the Commission would like to replace a significant share of this public funding by industry contributions. Commission president Juncker and some members of the European Parliament are arguing to shift 100% of the costs of regulation and supervision on to the financial sector.

Their justification is already well known from the unfortunate EU financial transaction tax debate, under which those deemed to have caused the financial crisis should carry the costs of eliminating previous damage and avoiding future damage.

Having the ESA financed exclusively by the financial sector would be highly questionable under constitutional law. Financial market supervision is the responsibility of the state, as is pharmaceutical supervision or traffic monitoring. Nobody would think about asking pharmaceutical companies or car drivers for additional contributions for the supervisory architecture.

In the case of the financial sector, however, the monitored entities would have to pay for their own monitoring. In working on regulatory technical standards or implementing technical standards the ESAs are performing tasks that should normally be performed by the European Commission under EU law.

If the proponents of a new financing model were to take the ‘polluter pays’ principle seriously, they would leave it to a significant EU share in the ESA financing.

In addition, the current financing model provides for efficient budget control. The European Parliament is supervising the ESA budget because the authorities are co-financed by the EU.

If this co-financing were to fall away, a loss of democratic control and a cost explosion would be imminent. The ESAs are contributing to the vast majority of EU financial rules already and therefore need proper parliamentary oversight.

Loss of control over the ESA budget could mean more civil servants creating even more rules and increasing compliance costs for market participants. More officials, in turn, issue even more rules that would require even more monitoring. This would result in a bureaucratic and expensive perpetuum mobile.

The factual arguments are against an industry-financed EU financial supervision. If the EU follows the advocates of full industry financing, it risks reputational damage at a difficult time. Many citizens criticise EU institutions for being bureaucratic monsters. They fear the creeping loss of democratic influence. A strong public debate about an industry-financed EU financial supervision, bloated authorities, higher costs and a lack of accountability would be grist to the mill of EU critics. Those who want to strengthen Europe should demand less bureaucracy and more parliamentary control, not vice versa.