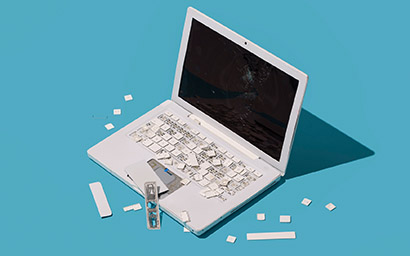 The long-running Priips disclosure saga has resulted in a fragmentation of rules. Ayal Leibowitz of LPA attempts to explain crucial differences between differing regimes.

Financial supervisory authorities across Europe wanted to create a single system to provide a system on financial investment products. Unfortunately, they wound up with three.

The European Union and United Kingdom were unable to agree on a format to provide information on investments. The UK’s Treasury decided to extend the Ucits funds exemption from Priips [packaged retail investment and insurance products] for five years and the FCA decided to create a UK-specific version of Priips Key Investor Information Document (KIID).

The three systems have things in common, but they contain meaningful differences that need to be accounted for by those looking to operate in both jurisdictions. Let’s look at the differences across three main areas.

Risk – a risky outcome
Methodologies for calculating risk in Ucits KIIDs and Priip KIDs both use the same one-to-seven scale – but with different results. Last year in a sample exercise, we found values frequently differed between the methodologies; sometimes there was a two-point difference between the two.

The EU and UK Priips use the same methodology for the Summary Risk Indicator calculation – which usually returns a lower risk class than the Ucits Synthetic Risk and Reward Indicator. Both EU and UK Priips allow manufacturers to increase the Summary Risk Indicator in case they believe it should be higher. The industry has been reluctant to exercise this option, as it would lead to incomparability with other Priips.

Performance – systems differ
The systems notably differ around performances. The Ucits KIID provides no future scenarios. Both UK and EU Priips do. In the EU there is a methodology for calculating and presenting five possibilities – minimum, stress, unfavorable, moderate and favourable. The UK requests narrative description of positive and negative factors affecting future turns, only with detail about what to expect under adverse market conditions.

Cost disclosure – some confusion
Cost disclosures are quite different between the three systems, so much so it is worth dealing with each one by one.

For Ucits KIIDS, the cost methodology is shown as raw costs. Cost impact on returns are not required, nor are tables showing the costs over time, nor are composition-of-costs tables. Costs should be presented as a table of raw costs with additional narrative where required.

For EU Priips, raw costs and costs’ impact on returns must be shown. Cost impact on returns should be applied on a zero-return scenario for a holding period of up to one year and on a moderate scenario for a holding period of greater than a year. Two tables – one for costs over time and one for composition of costs – must be shown.

The number of holding periods shown differs on the recommended holding period – one for less than a year, two for between one and ten years and three for greater than ten years. Both raw costs and cost impacts of returns are shown on the composition of costs table.

We can only hope…

The future of disclosure is both more complicated and confusing than intended. The rest of this year will be challenging for manufacturers and distributors.

Manufacturers need to update their systems and disclosures to support the new regulatory amendments. Distributors need to train their personnel on the changes. We can only hope this disclosure fragmentation doesn’t lead to too many retail investment losses.