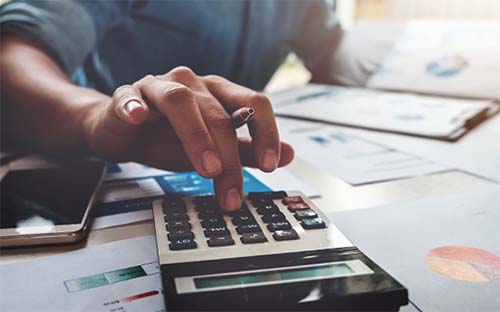 Bond ETF prices dislocated from the value of the underlying bonds by as much as 8% during the March sell-off across global markets, according to analysis by the fund manager Invesco.

But the firm says it is the net asset value (NAV) mechanism for valuing underlying bonds that is “broken” – particularly at times of high market stress – and not bond ETF prices themselves, which continued to be accurate.

Invesco has issued a ‘call for action’ that envisages an overhaul of the fixed income market structure and the emergence of new NAV providers with better analytics.

Invesco, which is also an ETF provider, acknowledges that pressure put on NAV agents by lockdown measures contributed to the dislocations – but the firm says fixed income NAVs were “meaningless” at times during the March turmoil and that NAV providers failed to adjust their pricing methods accurately to reflect the situation.

A dislocation can occur when an ETF – which trades like a share – is sold off and its price falls below what the NAV of the underlying securities says it should be.

In this case, the ETF would be said to trade at a ‘discount’. Discounts hit a number of bond ETFs in March, including the Vanguard Total Bond Market ETF – one of the world’s largest – which saw a 6.2% discount between its price and NAV.

“The problem is in the NAV, not in the ETF price, and we are confident that the price on exchange for a fixed income ETF is correct, even when it is trading at a discount to NAV,” says Pasquale Capasso, head of Southern Europe and Latin American ETF capital markets at Invesco.

In normal markets, ETFs may see a ‘technical’ discount or premium as the price slides away from the NAV, but the problem is magnified in stress situations, he adds. Average discounts of -3.4% were recorded for investment grade corporate bond ETFs in March, according to Invesco’s analysis of Bloomberg data.

As bonds are not traded on exchanges, fund managers have to estimate closing prices. In the US, many bond prices are reported centrally to a repository called TRACE, but Europe’s fund managers have to give best estimates that are supplemented with calculations from third-party NAV providers.

In a stress situation, the ETF price may move downwards due to selling (though Capasso points out that bond ETF outflows were contained to about 2% during March – much lower than mutual funds). Bond prices – at least for riskier bonds like high-yield – would also typically fall, but in March, bond prices became inflated as pricing mechanisms clammed up and NAVs became stale.

“If a bond is not trading, then you could ask dealers globally to give an indication of whether they’d be prepared to buy or sell a bond at a given price, but when we have a drawdown as big as the global financial crisis in just two weeks, no one can be sure of the quotes,” says Capasso.

Not losing out
Capasso says ETF investors do not lose out when discounts occur, given that the ETF price is still correct, but Invesco feels the system needs fixing for the wider benefit of fixed income markets.

“We asked clients if they knew how much their bond positions were worth during March and they did not know, so there is a need to address NAV data inputs,” he explains.

The firm says better NAV processes would prevent periodic confusion among ETF investors when discounts occur at times of stress.

“The call to action is a sensible thing to do if the outcome is better pricing at the bond level. We want to see more transparency of NAV pricing models so that people understand pricing mechanisms better – and this would also mean ETF providers did not have to explain the reasons behind a discount.”

Protecting its reputation
Invesco’s analysis is in a whitepaper, ‘The liquidity test fixed income ETFs were due for’. The firm – with $281.7 billion (€249 billion) of passive assets under management including ETFs (at February 2020) – is keen to protect the reputation of the products. The whitepaper says that in the weeks of March 19 and March 26, fixed income funds managers were forced to liquidate underlying holdings as mutual funds saw the “largest ever” outflows in certain bond sectors, including investment grade.

However, US-listed bond ETFs traded a total of $738.8 billion on exchange during March. Out of this, $719 billion was traded without forcing underlying bonds to be redeemed.

Two NAV providers contacted by Funds Europe either did not respond or declined to comment.