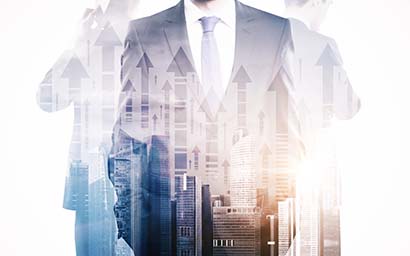 Paul Jackson of Invesco explains why he thinks equity indices will rise in tandem with higher bond yields (for now, at least) despite a widely perceived negative correlation between the two.

Rising bond yields strike fear into the hearts of equity investors. Hence, it should be no surprise that that US and global equity markets paused, and that volatility increased, as US ten-year Treasury yields approached and then went above 3%. However, this negative correlation between equity prices and bond yields has not been the norm since the turn of the century and I suspect it will prove to be a temporary phenomenon.

Why the fear of rising bond yields? Anybody who works with dividend discount, Fed or yield gap models is implicitly assuming that equity yields should go up with bond yields. Put another way, when bond yields rise, equity prices should fall. Indeed, those of us starting our careers in the mid-1980s had plenty of empirical evidence to support this supposition.

Indeed, the correlation between the S&P 500 and ten-year treasury yields was predominantly negative during the 1970s, 1980s and 1990s. During those three decades it would have been unwise to hold equities when bond yields were rising. However, something changed at around the turn of the century, since when the correlation has been mostly positive.

Suddenly it became sensible to hold equities when bond yields were rising, rather than falling. Equity markets now seem more driven by the economic ‘good news’ that drives bond yields higher than by the movement in bond yields themselves.

So far, so good, but could the crossing of the 3% treasury yield barrier be the trigger for a change in the correlation regime? As I expect to see yields go above 4% at some stage during this economic cycle, this is an important question.

Accepting that last caveat, it would be nice to understand why the correlation declines as bond yields rise. That would allow some confidence about the level of yields above which the correlation regime may change (and whether that critical level is constant).

One obvious avenue of exploration is the link to inflation. However, when we re-run the analysis using core CPI (CPI ex-food and energy) in the place of bond yields, the trendline is still downward-sloping (the correlation between equities and bond yields declines as inflation rises) but the relationship is not as good as when we use bond yields. So, inflation may have something to do with it but the bond yield appears to better explain changes in the correlation regime.

Growth may also play a role: surely, the equity market will be better able to withstand a rise in bond yields if economic/profit/dividend growth is high. This may be true from a cyclical perspective but what we are talking about here are secular shifts in correlation regimes. Further, it is hard to argue that the growth environment has been better this century than during the 1970-2000 period: there has been a noticeable slowdown in average annual real GDP growth from 3.3% in the 1970-1999 period to 1.9% in the 2000-2016 period.

Hence, growth seems an unlikely explanation for the shift in correlation regime. Further, given that we expect economic and profit growth to be permanently lowered by weaker demographics, we doubt there will be much improvement in the coming decades on the rate of growth delivered so far this century.

This analysis also suggests ten-year yields need to rise to 5% before the correlation regime changes (assuming dividend yields remain where they are and that history is repeated).

So, having examined the possibility that lower growth/inflation could reduce the bond yield at which the equity/bond correlation regime changes, I remain to be convinced. Our analysis suggests the best explanation for movements in that correlation is the bond yield itself.

Hence, as bond yields trend higher (as I think they will), I would expect further advances in broad equity indices. As ever, there are caveats: first, I believe the US equity market is very expensive (the Shiller PE almost reached 34 at the end of January and has been higher only 2% of the time since January 1881) and I suspect this will limit the upside for this market (thankfully, the same does not apply to other regions); second, bond yields and equity markets will not move up in a straight line and further geopolitical tensions or economic disappointments could see both move lower on a temporary basis. However, I believe it will take either a big military conflict and/or the onset of recession to definitively bring an end to the equity bull market.

No change
In conclusion, I do not believe the correlation regime between stocks and bonds is about to change. I suspect that US and global economies are strong enough to continue the normalisation of bond yields and wouldn’t be surprised to see yields go above ‘normal’ at some stage during this cycle (‘normal’ for the US ten-year yield is now 3%-3.5%, in my opinion). Luckily, historical evidence suggests equity markets will continue to rise along with bond yields until ten-year yields are closer to 5%. Yields and equity indices will not rise in a straight line but I would not expect the equity bull market to end until the economy turns down in a meaningful sense.

Paul Jackson is head of EMEA ETF research at Invesco