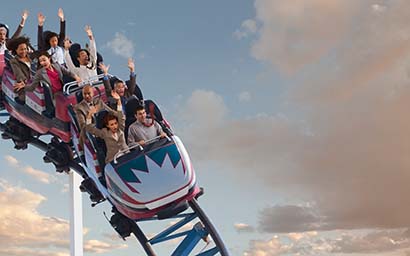 Without the key ingredient of industry collaboration, fund management back and middle offices will not be operationally efficient. Tim Steele looks at the industry’s record.

Speaking to Funds Europe recently, the co-chief executive of Europe’s largest independent asset manager acknowledged the lack of operational efficiencies in asset managers’ middle and back offices. In comparison with front-office activities, said Standard Life Aberdeen’s Martin Gilbert, the technology was not being used to its full extent.

“From the investment management part onwards, the industry is pretty inefficient and that is where we’ll see the most change over the next ten years,” he said in this year’s June edition.

This sentiment was echoed in a recent Funds Europe survey carried out in partnership with Calastone, which found that just over half of respondents believed back offices were most in need of investment in technology. Nearly a quarter of the other respondents nominated middle-office and customer relationship management systems.

It is a fairly widely held view that a lack of collaboration between industry actors, including asset managers and asset servicers, impedes the industry from making quicker progress over standardisation and interoperability, which in turn are necessary for the asset management industry to achieve greater operational efficiencies.

Funds Europe wanted to know to what extent trade bodies were participating in the push towards greater cooperation, or at least greater efficiencies outside of the ambit of portfolio management. With that in mind, we asked a range of organisations for their views.

The Investment Association
The UK’s Investment Association (IA) said it “supports a number of industry-wide initiatives to address fund operational inefficiencies”. In particular, it highlighted its membership of the UK Fund Trading and Settlement (FTS) project, which is working towards standardising the processes for fund trading and settlement, and the sharing of fund data.

The proposed FTS solution encompasses market players moving towards centralised settlement models, a single standard (via ISO 20022) for order routing to enhance interoperability, and the development (in this instance from scratch) of a new standard for data shared by transfer agents, fund administrators, platforms, fund managers and life companies.

The IA is also a founder member of the Transfers and Re-registration Industry Group (Trig), which at the beginning of July published a framework to address issues surrounding the transfer and re-registration of funds within the UK’s £3 trillion (€3.4 trillion) investment and pensions industry. The framework is meant to speed up the process of fund transfers between different financial businesses and pension schemes.

“It won’t solve the challenge overnight; however it does give the industry a platform on which to build continuing improvements to these complex processes,” said Hargreaves Lansdown’s Tom McPhail, who chairs Trig.

Efama
The European Fund and Asset Management Association (Efama) did not respond to a request for information about its focus on efficiencies before Funds Europe’s press date – no doubt it was busy with its AGM in Cyprus. However, the available evidence indicates its focus on operational issues.

For example, its Fund Processing Standardization Group (FPSG) was established as far back as 2003 with the aim of developing recommendations for improving efficiency in the cross-border processing of fund units and shares.

A key focus remains Efama’s championing of a single ISO message standard for use by the funds industry – and its most recent report, carried out jointly with bank network Swift on fund processing automation, highlighted continued increases in automation rates in cross-border fund centres. The percentage of fund orders that were processed manually in Ireland and Luxembourg fell by 12% last year and automation rates reached 88% in the last quarter of 2017. This has risen since 2010 when the rate was about 75%.

Findel Group
While not a formal trade association, the Findel Group (not to be confused with Findel plc) does comprise asset managers with €1.4 trillion of assets under management - among them BlackRock, Allianz Global Investors, Aberdeen Standard Life, Invesco and Fidelity International. The group’s objective is to create operational efficiencies in the cross-border funds industry, where it says that challenges created by manual processes are becoming more visible as cross-border volumes continue to grow.

Late last year, the group published a paper looking at the operational challenges around how funds transfer shares and found that diverse processes across different markets and transfer agents and a lack of transparency and standardisation were leading to increased costs. Part of the group’s proposed solution was the implementation of a streamlined process facilitated via the ISO 20022 format, ideally without a pre-matching step. Funds Europe asked for a progress report but did not receive a response.

Also, as far back and June 2016, the group was focused on creating more efficiencies for asset managers surrounding anti-money laundering and know-your client processes. A Findel report at the time noted: “The current process is repetitive and labour-intensive. Customers are asked for the same information numerous times by each asset manager or their appointed administrator and/or service providers, this creates inefficiencies and risk and the quality of data varies with no obvious tangible benefit.”

Findel’s proposed solution was a complete industry document repository – or several - where participants could go to obtain investor documentation.

Alfi
For its part, the Luxembourg funds industry association (Alfi) has been active on three post-trade issues over the past year, according to its senior industry affairs adviser, François Baratte.

Notably, since October 2017 Alfi has looked to lead the way in recommending a specific threshold below which counterparties with low exposures to over-the-counter (OTC) derivatives should receive a clearing exemption under the market infrastructure rules in the EU known as Emir.

“It is not fair that these smaller counterparties should have to shoulder the high costs associated with clearing,” says Baratte. Alfi wants a threshold of €1 billion set for small financial counterparties and he says Alfi was one of the “rare bodies” to do that.

Alfi also wants asset managers to gain an exemption from the collateral exchange obligation for foreign exchange forwards and swaps. “Specifically for the buy-side world, our OTC FX derivatives transactions are dedicated to hedging purposes, thus are not prone to counterparty risk,” says Baratte.

In December 2017, the European Supervisory Authorities issued a draft proposal to modify aspects of the regulatory technical standards that are currently up for approval by the EC. “For our industry, it will mean a significant saving of collateral,” Baratte adds.

He also notes that Alfi has focused on pre-contractual and periodic disclosures under the Securities Financing Transaction Regulation (SFTR), which impact fund managers who participate in securities lending activities.

“We have written a paper to explain under which circumstances a fund prospectus might have to be adjusted to reflect the maximum proportion of assets under management that can be subject to securities financing activity.”

Alfi is now turning its attention to rules around the hedging of Ucits share classes. “Some classes are denominated in different currencies, so we will describe the operational hedging implications,” says Baratte. “We will also cover SFTR daily transaction reporting obligations, as well as the securities lending rules to make sure within the buy-side industry that we have a full picture of the implication of collateral management for our members, in terms of obligations and capital charges. We have already started to write this document with asset management, depositary banking and CCP [central counterparty] representatives.”

Afme
One of the most comprehensive proposals to address shortcomings and challenges in the post-trade space has come not from the buy-side, but the sell-side. In May, the Association of Financial Markets in Europe (Afme) published a ‘Roadmap for integrated, safe and efficient post-trade services in Europe’, which is basically a vision for a low-risk, low-cost, post-trading landscape. It envisages infrastructures and service providers competing in “a harmonised and standardised operational, legal and regulatory environment”.

Arguing that an integrated low-risk and low-cost post-trading system is a necessary precondition for building larger and more diverse European capital markets, Afme proposes the swift dismantling of market barriers, which include inefficient withholding tax-collection procedures and fragmented processes for corporate actions.

“Simultaneously, a longer-term strategy, based on detailed analyses, to achieve the targeted future state of the post-trading landscape should be developed, including responsibilities and timelines, and implemented accordingly,” Afme says. “The opportunities created by new technology – distributed ledger technology, artificial intelligence, cloud-based services – should be leveraged.”

New technologies, of course, abound in asset management, perhaps none more so than DLT, better known as blockchain, but at a recent event that Funds Europe was involded in, Toby Glaysher, head of global fund services international at Northern Trust, said that a lack of appetite within the industry for firms to work together made him doubt that blockchain – seen as revolutionary for the TA sector - would have a part to play in the funds industry any time soon.

Perhaps this is something that trade bodies can do more to encourage.