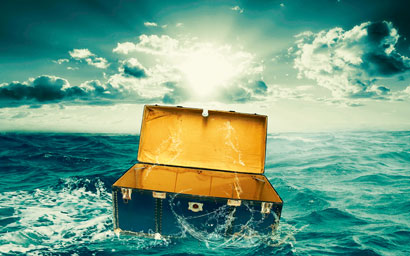 Fund managers struggle to access data on their retail clients. Nicholas Pratt looks at efforts to overcome this and why it is so difficult.

You could be forgiven for thinking that data was only invented in the past five years, given how heavily it is promoted in the funds industry – from stock pickers using Big Data to generate alpha, to risk managers predicting the next market turning point. There remains, though, one nagging problem: most fund managers selling funds through third parties are unable to access any data on many of their end investors. They know next to nothing about the individuals buying their funds.

Opinion is divided as to how much of an issue this is, although there is more of a consensus on the probable causes. Many cite the introduction of distribution platforms for retail funds as a key factor.

“Previously, the end investors would all be represented on the main register held by the manufacturer and, while some might be represented under nominee accounts, it was still possible to drill down to a relatively granular level,” says David Moffat, group executive of IFDS, one of the world’s largest transfer agents.

This has happened over time rather than overnight and asset managers have been complicit, says Moffat. However, despite some feelings of disintermediation among fund managers caused by the platforms, it is unclear how many would be prepared to sacrifice administrative efficiency for the direct relationship with their clients.

“I would like to say that the scales have fallen from their eyes, but it is quite hard to tell,” says Moffat.

It’s a legal issue
For the platforms, it is largely a legal issue. “Client data is held by the firm that has the client register, which in our case is the platform,” says Martin Wigginton, head of commercial at Cofunds. “In line with data protection regulations, we are not able to share customer-specific data without customer consent.”

The MiFID II capital market revisions contain rules on product governance and these are driving some changes to transparency. Cofunds already shares some information with fund managers on holdings and transactions as part of its service to give them insight into trades, says Wigginton. “We will share non-personal information with fund managers on underlying sales to enable them to ensure platforms are distributing funds to the right target market - as defined by the fund managers.”

So how do managers get their hands on this kind of data and still maintain the use of platforms? One is provided by Calastone and its Data Services product, which was originally designed as a ‘front-end distribution market intelligence tool’ but has been adapted to meet MiFID II obligations around product governance.

Should funds have been sold outside of their target markets, manufacturers can then follow up to ensure no mis-selling took place. Rob Swan, a managing director at Calastone, says more information is offered than just that for regulatory compliance. “By only viewing the tool as a regulatory solution, fund manufacturers are missing out on how the information provided could benefit their wider business.”

Transparency into distribution data could be taken further. Information on who is selling what, where and to whom, could be shared with a fund manager’s front office to produce a more efficient distribution chain rather than held in the back office for compliance purposes.

“With more transparency into sales by each distributor [by] country, asset class and fund, they can streamline their distribution efforts and look to offload platforms that are not providing any sales for them,” says Swan. “Why have agreements with 5,000 platforms when you could get better results with 200?”

However, he sees little merit in taking this transparency further to the end investor level. Firms would need to overcome regulatory obstacles. In countries such as Germany, France and Switzerland, it is prohibited for fund manufacturers to hold any demographic data on their end investors. And with the funds industry pushing to have a one-size-fits-all approach MiFID II regime across Europe, applying transparency to end-investor data would create a country-by-country regulatory regime.

Secondly, Swan says there is only a limited value in the information that is available – essentially date of birth and the first half of a postcode.

More valuable
Others say access to end investors could be a valuable commodity for product development as well as ensuring good product governance in line with MiFID II.

The Wisdom Council is a UK-based company focused on improving engagement between all participants in the investment process. One part of its work is creating client councils: groups of investors to help test new and existing products on behalf of fund manufacturers without any direct access to the investors in their funds.

Dawn Hyams, its head of investment insight, says: “Layers of intermediation and the proliferation of platforms have made it increasingly difficult for asset managers to have visibility of their end investor – but the regulator increasingly expects manufacturers to consider the end investor in all that they do and have a clear expectation around target market, and this will be mandated under MiFID II.”

Some fund managers do not have the regulatory permissions to communicate directly with retail investors and, very often, those running specialist funds find themselves at the end of a highly fragmented value chain, says Hyams.

Some platforms are reluctant to share data unless they can make the process commercially valuable, while others don’t have the systems or the look-through to the end customer to be able to share that information in the first place.

“When we spoke to fund manufacturers, we found that a couple of them had been allowed access to their end investors by the distributing platform but at a considerable cost and with conditions. They sent out a ten-point questionnaire, which was passed to the end investors by the platform, so there was no direct access and only limited visibility into the demographics of the investors,” Hyams says. This was flagged up with the UK’s Financial Conduct Authority as a cause for concern. The regulator’s view was that it would force the platforms to open up, Hyams adds.

“The manufacturers, for their part, are developing target market information and sharing that with their distributors and platforms. But it will be interesting to see how much of the information-sharing between manufacturers and distributors will be mandated,” she adds.

How vexed are manufacturers about this lack of visibility on investors buying their funds? There are managers, such as M&G Investments, that have stuck to keeping a sizeable direct book and can extrapolate information to get a decent picture of end investors. But for others, reliant on distribution platforms and independent financial advisers (IFAs), it is a frustration, says Hyams. “They want to get information on who is invested in their funds, especially when they have execution-only investors, or a particular, unidentified group accounts for a large proportion of the fund. And in some cases, they don’t even know who the IFAs are. It also means that they have little idea of their investors’ outcomes and what additional fees they might be subject to from other intermediaries.”

Of course, some manufacturers could stop using platforms and build their own distribution networks. While this would at first be costly, improvements in technology that have simplified the process of managing investments might also be applied to the distribution process, says Steve Young, managing partner at consultancy Citisoft.

“It will be interesting to see if the split in much of the fund industry between manufacturers and distributors is retained over the coming years,” he says, contrasting the lack of information on their customer base with other financial services industries, where there is more.

One potential complication again, though, is regulation. Through the likes of MiFID II and initiatives at the national level such as the FCA’s recent Asset Management Market Study, there is pressure to reduce and simplify fees but also to ensure investors are protected and safeguards implemented. “It could be argued that to some degree, these are conflicting ideals,” says Young. “And in order to allow a cheaper, simpler and more transparent process, new, simpler business models need to evolve.”