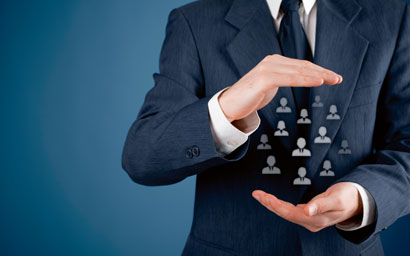 Europe’s financial supervisors have issued guidance about the contents of the Priips ‘Key information document’. David Stevenson asks whether the proposals are suitable for end investors.

The Packaged Retail and Insurance-based Investment Products Directive, or Priips, has wide application and has been described as an elephant gun. This is because the directive is aimed at the insurance, banking and asset management industries.

The aim is to provide retail investors with the best information possible for choosing investment products – but various bodies have already raised concerns about whether it is fit for purpose.

“You never know if it’s going to be fit for purpose. The European Commission’s vision and extensive consumer feedback would suggest so. However, the success of the document can only be determined after implementation, when we have statistics on usage,” says Lou Kiesch. Kiesch is a Deloitte regulatory partner.

The European Commission has stated that it wants a level playing field for all retail investment products, so a retail investor – whether through a fund or a life insurance wrapper – has a unified document that allows easy comparison between products. This sounds reasonable, but there are concerns that the criteria for what goes into a Kid are arbitrary.

It may be true that past performance offers no pointers about a fund’s future returns, but Ashley Smith, senior vice president of business development at fund data provider Silverfinch, says it is still useful for gauging how well a fund is run.

Laurent Plumet, head of business development at Societe Generale Securities Services, says that not disclosing past performance in the Priips Kid was a major concern in the asset management industry. The divergence between the contents of the two documents is strange, with one looking backwards, and the other forwards.

An odd aspect of the Priips Kid is that although past performance is not included, future scenarios are based on it. This concerns Plumet, who says that trying to design future performance based on short histories might give rise to strange figures. If, for example, an insurance company has an investment product with a 20-year time horizon, he says: “You might be in a position to design future performance based on two years of data history, which is nonsense from a mathematical perspective.”

Kiesch says that the new combination of three different future scenarios “can lead to confusion”. It can be very misleading if the methodology behind the forecasts is not known or understood by the retail investor.

However, the European Fund and Asset Management Association has a possible solution to this problem. It proposes to include the past performance and a benchmark chosen by the product manufacturer alongside future scenarios, an action it says would reduce the risk of misleading investors, as the future performance scenarios are not probability-weighted.

Unfortunately, the worries do not end there. Priips regulation is designed with retail investors and not investment professionals in mind, and there are fears that some of the information is too complex to be included.

For example, Priips regulatory technical standards (RTS), which were finalised some time ago by the European Supervisory Authorities (ESAs), contain a methodology to calculate transaction costs. The inclusion of transactions costs is seen as a potential cause of high volatility, since costs are based on spurious data, and is viewed as potentially confusing to end investors.

Plumet says: “If a fund or an investment insurance product which is relying on funds has a large turnover, it will increase the cost section, leading to the conclusion that it is more expensive, but we all know that this is not the full reality.”

Perhaps there’s little faith in the average retail investor’s ability to understand their own investments, and the size of the Kid may mean that some complicated issues could not be explained thoroughly.  The ESAs have deemed that the Priips Kid should be only three A4 pages long and, according to Smith of Silverfinch, at least two-and-a-half pages of that is taken up with prescriptive information. Half a side of A4 does not seem adequate to describe what a fund does.

Jeff Micallef, another regulatory expert at Deloitte, says there’s a lot of information in Priips for a retail investor “who we can assume is an unsophisticated investor”. At the same time, calculations on the risk side and the performance side draw on a lot of complicated methodologies.

“You don’t want to overwhelm the retail investor with so much complex info they can’t see the wood for the trees,” says Micallef.

MEETING DEADLINES
The deadline for getting a Priips Kid that is fit for purpose is by the end of the year, if Priips is to go live on January 1, 2017. Industry bodies such as Efama, Alfi and the BVI have been pushing for a delay in its implementation. SocGen’s Plumet says that since the revised Market in Financial Instruments Directive, or MiFID II, was put back, a failure to delay Priips makes no sense.

One issue that has caught the attention of industry figures is that of apparent overlaps between Priips and MiFID II. For instance, both will focus on the completeness and sufficiency of product cost disclosures.

“At the moment there are different approaches, which could potentially lead to having a double set of calculations,” says Plumet.

One issue that might prevent a delay is the change in the EU commissioner for financial services. The UK’s Lord Jonathan Hill stepped down in the wake of the Brexit referendum to be replaced by Latvia’s Valdis Dombrovskis, who takes up the role on July 17.

Hill, who was known for being receptive to industry calls for delays, postponed the introduction of MiFID II, though he was apparently less willing to authorise a similar measure for Priips.

In terms of regulatory technical standards, any delay could also lead to serious logistical problems. It would have to be announced after the summer, leaving a small window of opportunity for firms to act before the Priips deadline.

Perhaps the strongest argument as to why Priips will go ahead is that firms see value in the directive and would not want to be seen to be doing anything to the detriment of the retail investor.  Out of the three main industries it affects, the asset management industry, will benefit from a so-called grandfathering clause until 2019.

“It’s difficult to get one model implemented across three different industries [and] we can appreciate its been a hard task for the EC to come up with this regulation.”

The final sign-off for the RTS is due this month and if there’s not significant clarification, then it may delay the release of the Kid. But events such as Brexit should not stall it – after all, the UK is still part of the EU until Article 50 of the Lisbon Treaty is activated, and that will only start the process of leaving the Union.