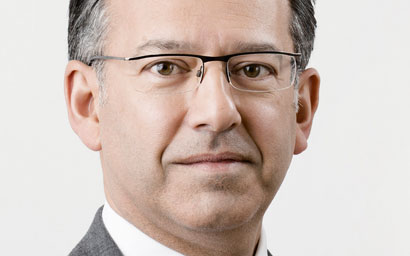 As financial advisers around the world adapt to a new model, wealth managers such as Brooks Macdonald see opportunities for growth. George Mitton talks to Darren Zaman.

The funds industry all too often views regulation as a net cost, forgetting it can sometimes be an opportunity. By shaking up the business model for financial advisers in the UK, the retail distribution review (RDR), for instance, was a boon for UK-based wealth manager Brooks Macdonald.

Under the RDR, advisers were denied the kickbacks they had historically earned from asset managers for promoting funds. At the same time, they were forced to be transparent about the cost of advice they provided. In response, many advisers decided they would no longer select funds themselves but would instead outsource the decision-making to firms, such as Brooks Macdonald, which offer discretionary investment management.

The wealth manager’s asset base rose as a result, bringing its total to £9.3 billion (€10.7 billion) by the end of last year. But, says Darren Zaman, chief executive of the international division, the growth is not complete yet. By building relationships in market such as South Africa and the UAE, he hopes to bring in more assets from around the globe.

BUYING SPREE
Brooks Macdonald acquired its international business around the same time as the UK’s implementation of the RDR. In 2012, the company paid £23 million to buy Spearpoint, a Channel Islands fund manager, giving it an offshore presence. Two years later, the company made the additional acquisition of Jersey-based DPZ Capital, which Zaman had founded in 2007.

Zaman was tasked with integrating the two businesses and linking them with headquarters, all under the Brooks Macdonald brand. There were differences between the Channel Islands and UK-based portions of the newly merged company. The UK business mainly focused on providing outsourced investment management to financial advisers, whereas the Channel Islands entities had mainly dealt with high-net-worth individuals and fiduciaries. Nevertheless, he says there were efficiencies to be gained by streamlining operations, for instance merging finance departments and putting everyone on one IT system.

But the real prize of acquiring operations in the Channel Islands was further growth overseas and, says Zaman, the RDR was again a blessing for the company.

FOLLOW SUIT
The international assets of Brooks Macdonald stand at about £1.5 billion, or roughly a sixth of the firm’s overall total. Zaman hopes this will rise as more jurisdictions around the world adopt RDR-like rules. There are good reasons to believe this will happen.

“Jersey and Guernsey have brought in their own RDR-type regulations,” he says. “Other countries are pressing on with introducing something similar, South Africa for instance. Besides that, a lot of advisers who deal with international or expatriate clients choose to adopt an RDR-type model regardless of whether their jurisdiction requires it. They consider that an RDR-type approach to dealing with clients is best practice. Also, if an adviser wants their business to be worth something, then operating in an RDR-type manner maximises its value in case anyone wants to buy it.”

In South Africa, Brooks Macdonald has been building up its contacts and, according to Zaman, has terms of business with “several dozen” advisers. Brooks Macdonald hopes to be among the first choices for wealthy South Africans who want to take money out of their home country and have it managed by an international firm.

The firm is pursuing a similar strategy in the UAE, where it has formed a strategic alliance with a Dubai-based financial adviser, Abacus Financial Consultants. The non-exclusive arrangement involves Brooks Macdonald sharing resources with its partner in the hope of a receiving a steady stream of client introductions.

The Brooks Macdonald model, however, is essentially the same regardless of where the potential client is situated. After an adviser has done financial planning and identified the client’s appetite for risk, Brooks Macdonald invests the money in a tailored portfolio, which may consist of a range of funds – both active and passive – as well as direct investments in equities, bonds or other assets. For this, the wealth manager charges a fee.

TAX AND SAVINGS
Zaman says the firm’s Jersey-based operation is well placed to deal with international clients because of Jersey’s tax laws. Unlike in the UK, there is no capital gains tax and no inheritance tax on the island.

“It’s not an opportunity to avoid paying taxes but if you live in South Africa, say, and give a significant portfolio to a UK investment manager, you are going to create potential UK tax problems,” says Zaman. “If you’ve got assets in the UK and they’re going through probate, they might get caught up in UK inheritance tax.”

He adds that, in some respects, the changing landscape of asset management has made his job easier in recent years. As a result of the RDR and, separately, the rising popularity of low-cost passive investment products, asset managers have been forced to lower their fees. It means it is easier than in the past to reduce the total expense ratio of a client’s portfolio.

However, there are challenges ahead for the wealth management sector. The outsourced discretionary fund management model relies on investors trusting Brooks Macdonald with their asset allocation and fund selection. As financial education improves, and as more financial information is available freely online, some researchers have identified an increase in investors managing their portfolios themselves, a trend that could see the firm struggle to gain and maintain clients.

A broader challenge is the general disintermediation of the funds industry. Online funds platforms provide investors with easy, cheap access to a wide range of funds, giving them the ability to sidestep middlemen such as financial advisers and wealth managers, if they want to. The growth of robo-advisers, which are algorithm-based tools that construct investor portfolios automatically, threatens to accelerate this trend by automating, and giving away free, the guidance that financial advisers and wealth managers have historically charged for.

However, these risks are for the long term, and as the RDR continues to create ripples across the global advice market, Zaman is hopeful that new clients will keep coming.