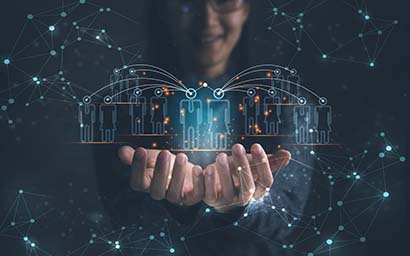 Chris Cummings, chief executive of the UK’s Investment Association, hopes the European Council and Parliament will – like the Commission – recognise that fund management ‘delegation’ to centres outside the EU is critical to the success of alternative investment funds.

A year on from the end of the Brexit transition period, the relationship between the UK and the EU remains largely in a state of flux. From working together towards a common project, the relationship is now characterised by tensions on a growing number of issues ranging from fisheries to the now stalled Memorandum of Understanding on financial services.

It was in this difficult context that France took on the presidency of the Council of the EU in January this year. Amid a number of challenges at home and abroad, including a presidential election in April, choosing what to prioritise will be a key concern for the French government at one of Europe’s busiest periods of legislative review for investment management.

Top of this agenda is the Commission’s proposals under the Capital Markets Union (CMU) Action Plan, published late last year. Designed to foster greater participation in Europe’s capital markets by retail investors, each initiative has been carefully crafted so our industry can help finance Europe’s recovery from the Covid-19 pandemic, whilst also supporting the transition of the European economy to a greener, more sustainable future. 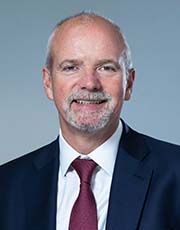 Among these is the review of the EU’s Alternative Investment Fund Managers Directive (AIFMD). Since inception in 2011, the AIFMD framework has become a global success story with more than 32,000 alternative investment funds (AIFs) in operation. Today, investors have no less than €7.12 trillion of assets invested in EU AIFs, providing a vital pool of capital that our members help channel into businesses and projects looking for finance around the world.

Delegating functions
Critical to this success has been the ability to delegate investment management functions. In the same way that an aircraft manufacturer sources engines from one supplier, wings from a second, and fuselage from a third, the ability to delegate investment functions gives investors in EU AIFs access to specialist expertise and investment opportunities, whilst benefiting from high levels of protection due to strict adherence to EU rules, oversight, and supervision.

In this regard, it is helpful that the Commission recognises how the ability to delegate investment management functions has contributed to the growth and success of the EU AIF industry. Equally helpful is its recognition that the current rules concerning the delegation of investment management functions are clear and robust. Adopting a pragmatic and proportionate approach, we welcome the Commission’s efforts to balance the needs of the industry with the need to maintain high levels of standards through only a limited number of targeted improvements.

At the core of these improvements is a clear desire to ensure that the rules regarding delegation are more consistently applied between member states. While we acknowledge the Commission’s concerns the detrimental effect an inconsistent application of the current rules may have on the creation of a single European Capital Market, these efforts must focus on a better utilisation of the tools granted to Esma [the European Securities and Markets Authority] in 2019 designed to drive supervisory convergence across Europe, such as the use of peer reviews and guidance, rather than explicit new powers as proposed by the Commission.

Global delegation “critical” for success
But beyond ensuring a more consistent application of the current rules between member states, the Commission also envisages a larger role for Esma when it comes to monitoring and reporting on delegation practices. This includes a requirement for supervisors to notify Esma where a fund manager is delegating more activity outside of the EU than within it. While the Commission is clear it does not support quantitative limits on delegation, including such a threshold potentially risks introducing such a limit by stealth for activity delegated to global financial centres such as the UK, the US and in Asia.

Preserving the ability to delegate on a global basis is critical to efficient functioning of the EU’s alternative investment fund market, and the investment industry more broadly. Since the inception of AIFMD, the focus has been on whether appropriate measures are in place that ensure delegating entities remain wholly and legally responsible for all delegated activity, they retain sufficient substance and expertise to oversee any delegated activity, and ultimately have the power to intervene or terminate any delegation arrangement. Critically, this is all irrespective of where the final activity may be taking place, as set out in IOSCO’s [the International Organization of Securities Commissions’] 2000 Principles on Delegation.

All attention is now turning to both the European Parliament and Council as they develop their own perspectives. It is hoped that, like the Commission, the benefits of delegation to the European economy and investors in EU AIFs will be similarly recognised. If not, the EU risks undermining one of the key features that has made its fund industry so successful.