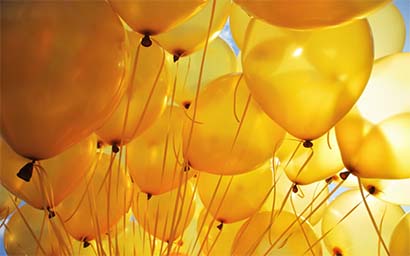 Opinions differ about how long the current inflation phase will last, but after canvassing a range of views, David Blackman finds one thing is almost certain: it will be a “trickier environment” for bonds.

Welcome to May 1996: Benjamin Netanyahu has just become Israeli prime minister for the first time and Bill Clinton is campaigning for his second term as US president.

It is also the last time that inflation across the world’s advanced economies hit the figure of 5.8% recorded in November, according to a report issued at the end of last year by the OECD.

But inflation is back now. “Pretty much around the world we’ve seen inflation, with very few exceptions, pick up quite a bit in the last 12 months,” says Jeffrey Cleveland, chief economist at Payden & Rygel.

There have been fresh landmarks, with the US recording an annual inflation rate for December of 7%, the highest year-on-year rise since 1982. This also marked the seventh month in a row that the inflation rate was higher than 5% in the world’s biggest economy.

This high level is not just being fuelled by more volatile components of the inflation index, says Cleveland. “Even taking out food and energy leaves you with 5%, which is still one of the highest levels in the past three decades.”

So far, central banks have largely held off from raising base interest rates, which would be the conventional response to the kind of high inflation that the world is currently experiencing.

“Worldwide monetary policy is at a very easy setting compared to the economic backdrop,” says Cleveland. He notes that US unemployment dropped to 3.9% in December, one of the lowest monthly rates recorded in his lifetime.

A big point of debate among many economy watchers over the past six months has been whether the current inflationary surge is a temporary blip or the harbinger of a longer-lasting shift.

There is less consensus in that view than six months ago, says Cleveland: “If you go back to August, Jerome Powell [chair of the US Federal Reserve] said inflation was being driven by a small number of goods and services categories.

“Here we are six months on and more than half the items in the CPI are rising at a 5% annualised clip, which is quite unusual. We haven’t seen that in some time,” he says, adding that the consensus is still that US inflation will drop to 3-4% by the end of this year.

Cleveland believes that it is “really hard” to see the US entering a “completely new” macroeconomic paradigm and that the inflationary pressures will recede over the next three to five years as underlying economic factors like real growth reassert themselves.

“There are temporary factors that will abate, such as supply-chain pressures, but at the same time there are forces in place that will make the inflationary environment in the future structurally less benign than in the last 20 years or so,” he says.

The drive to cut emissions across the world’s major economies will fuel volatility in energy and commodity markets, a harbinger of which is the current gas price spike Europe is grappling with.

Another major shift is the retirement of the baby boomer generation workforce, which threatens to push up wages across the developed world’s labour markets.

In addition, after more than ten years of post-financial crisis measures – rock-bottom interest rates and the unconventional monetary policy of quantitative easing (QE) – pressure was already building up on central banks before the pandemic to rethink their approach to inflation. The price shocks, which have accompanied the post-pandemic economic recovery, have “accelerated” this transition, Edwards says. “There were trends in place that were starting to change the environment for inflation.”

Whatever central banks’ views are on how transitory the current inflation spike will be, it is clear that worldwide, they will be scrapping the ultra-low interest rate policies introduced in the wake of the pandemic’s initial shock.

The UK’s Bank of England has recently increased its base interest from 0.1%, albeit to the still historically low level of 0.25%.

Even the central bank in Japan is starting to sound a little more hawkish, says Edwards: “It’s not just a US thing.”

The pressure to raise interest rates remains less intense in Europe than in the US, says Cleveland. A lot of the inflation there is goods- and energy-price driven, he says, adding that the European Central Bank (ECB) won’t end up hiking and rates will stay “very low or negative”.

“Inflation too high and monetary policy too easy is more a US than a European situation,” he adds. “The ECB can be more patient, so that means probably European rates will rise not so much as the US, which will help to fuel strong capital flows to the US.”

“Trickier” bond environment
The recent rise in inflation represents a challenge for the bond market, which has benefited from the “very benign” low inflation macroeconomic environment that has existed for decades, says Edwards. “This year is about central banks reacting to the fact that Covid risks are diminishing and so central banks are shifting to a more hawkish position.” That could present quite a challenge. “We’re moving into a trickier environment for bonds and other markets.”

Cleveland says: “In an environment where inflation is rising and central banks are hiking, all else being equal, yields are going to rise, so it tends to be a rough patch for bonds.”

The especially wafer-thin interest rates on government fixed income, which investors have been prepared to accept for several years in exchange for security, offer virtually no cushion against rising inflation.

The bond market is already pricing in the likelihood of four or five incremental interest rate increases by the US Federal Reserve this year. If this happens, government bond markets may be able to adjust slowly to higher inflation – the so-called ‘Goldilocks’ scenario.

But any further unexpected changes in monetary policy by the Fed would be “disruptive” for these markets, says Cleveland. “The danger is the market being surprised by central banks. Anything that could surprise the market will be bad for government and corporates.”

This is the kind of scenario that laid the ground for 2013’s ‘taper tantrum’ – the worldwide selloff that followed the Fed’s announcement that it was tapering purchases of Treasury bonds for its QE programme.

A taper tantrum 2.0 sits alongside rising inflation as one of the biggest risks named by clients, says Cleveland.

This points to the risks posed by any winding down of the QE policies that have become standard across the developed world since the 2008 financial crisis, he says. The Fed rapidly reducing its balance sheet would be “quite disruptive” for bonds.

Investors should be reassured that over the longer term, fixed income securities still tend to see “pretty solid returns”, says Cleveland, cautioning that the bond market is a long way from the notorious ‘bond vigilantism’ that characterised the late 1980s.

And US fixed income remains relatively attractive to investors from parts of the world like Continental Europe and Japan, where yields are lower, he says: “For those investors, ten years at 2% is quite attractive.”

And returns have been hit, says Edwards, pointing to JP Morgan’s finding that last year’s net return of -0.5% was the “weakest” recorded by the bank’s fixed income index since 2005. The Bloomberg Treasury index provided total returns of -2.3%.

Despite the weakness in returns, global fixed income fund volumes rose in 2021, albeit more slowly than in 2020, according to analysis conducted by fund transaction network Calastone.

One of the factors preventing a bigger selloff in the last six months of 2021, as inflation fears grew, may have been the continuing appetite of pension funds and other long-term institutional investors for long-dated government debt, says Edwards.

“In the second half of last year, long-dated bond yields were remarkably stable. Lots of pension funds wanted to lock in risk with equity markets doing well.”

However, a more challenging environment could have an impact on other asset classes, like equities, with a knock-on impact on demand for this kind of de-risking by pension funds.

Overall, the waters in 2022 look like they will be choppy ones for government bond investors.