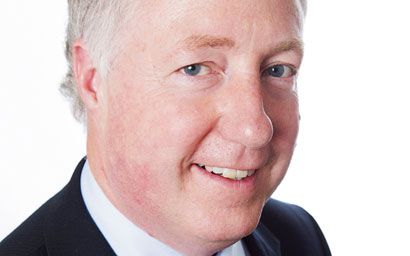 Funds Europe talks to Robert Hennessy of SuMi TRUST about AIFMD, UCITS V and some of the regulatory challenges  that lie ahead for Irish domiciled funds and their service providers.

The implementation of the Alternative Investment Fund Managers Directive (AIFMD) dominated the agenda for the alternative fund servicing industry in the last few years. For Ireland, as a leading jurisdiction for the full range of alternative investment strategies and in particular hedge fund servicing, AIFMD has been a significant development.

For Depositaries, a lot of work went into ensuring that their clients were able to meet the July 2014 deadline. Two years on, the situation is less frenzied and more settled and efficient, says Robert Hennessy, director of Risk and Compliance at SMT Trustees (Ireland) Limited, the specialist fund depositary business within SuMi TRUST Global Asset Services.

“Before the AIFMD was finalised, everybody wanted to know what the rules were. And then when the implementation date was confirmed, the requirements were implemented in a tight timeframe to ensure we all met the final deadline.”

AIFMD has now become established. “We have clearly defined rules and processes in place. We have been able to automate parts of the process and this has in turn increased efficiencies for clients.”

The AIFMD experience has also helped with meeting UCITS V requirements, says Hennessy. “The core obligations imposed on depositaries are the same so the necessary processes and procedures were already in place.” A significant change for depositaries post-AIFMD is the addition of operational processes to the existing oversight role, says Hennessy.

Oversight and due diligence has also become broader as well as more regular. For example, target funds (in fund of funds) are considered financial assets in custody under AIFMD and are therefore subject to due diligence by the depositary. “The transfer agent of the administrator to the target fund is treated like a sub-custodian to the Depositary,” says Hennessy.

Cash flow monitoring and cash reconciliations are completed on a daily basis, in addition to other tasks such as checking share prices, scanning relevant daily financial news and providing more extensive client reporting than was  previously undertaken by depositaries.

“It is a different mindset and a different workplace for depositaries. However, many of these new processes have become standardised.”

“At SuMi TRUST we are also prepared to work as an independent depositary to funds serviced by ‘administration only’ service providers. We conduct detailed due diligence before entering these arrangements and we set up the necessary reporting lines, data feeds and so on. It is a distinguishing feature for us that we are committed to working with other fund administrators. Our Irish Depositary is a subsidiary of Sumitomo Mitsui Trust Bank, Limited, the largest Trust Bank in Japan which meets all of the required criteria to partner with any ‘administration only’ service provider.”

INDEPENDANCE
The full service or one-stop-shop model is more established and one that can offer benefits  but, says Hennessy, there are some clients that wish to preserve the independence between the administrator and depositary roles. Some clients are also looking to reduce any concentration risk and hence are happy to employ a greater number of proven independent providers.

As the AIFMD regime has matured, there has  been a noticeable trend among both investors and managers to move away from less regulated products and jurisdictions towards the additional security of onshore/regulated funds, says Hennessy.

It is a trend that Ireland has observed and has looked to capitalise on. The Irish Collective Asset Management Vehicle (ICAV) is an innovative fund structure specifically designed for investment funds and has become the structure of choice for Irish funds.

The ‘tick-the-box’ component enables tax transparency for US investors but, says Hennessy, there are also a number of European investors interested in the new fund structure. “The ICAV has become the most popular vehicle since its inception because of its flexibility.”

The ICAV also allows for managers to redomicile existing funds in Ireland – a facility that has not been used extensively to date but may become a greater factor in the eventual aftermath of Brexit. But the real issue with the post-Brexit landscape is passporting, says Hennessy.

If, for example, a UK OEIC established as a UCITS fund loses the benefit of the passport under a ‘hard’ Brexit the marketing of such funds, on a retail basis, could become very difficult. Ireland as a full English-speaking member of the EU and using common law as the basis for the legal system, as opposed to civil law in continental Europe, is strategically positioned to capitalise from any Brexit fall-out. Therefore the Irish funds industry could benefit substantially post-Brexit.

Another regulatory challenge is MiFID II, the impact of which will lead to increased reporting requirements for investment managers who may look to their service providers for a solution.

Fortunately, says Hennessy, “Ireland’s blossoming fintech sector may hold the answer to many of these challenges and continue Ireland’s recognition as a country that adapts well to change.”