Consistently high returns from 105-year-old stocks show there is an important, often neglected, factor at play for determining quality companies.

Return on invested capital often takes a back seat to the value factor in investment decisions, but it shouldn’t, according to research by Investec Asset Management.

Investec took data tracking performance since 1988 across all financial markets, focusing on return on invested capital as a measure of quality. The research divided companies into four quartiles, and showed that companies in the upper quartile outperformed the market by 2.3% per annum. While those in the second quartile – i.e. above-average companies – also outperformed the market, those in the third and fourth quartiles underperformed it over time. 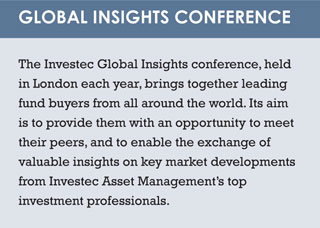 “If you invest in good businesses, you can at least create the basic framework for outperformance over time,” Clyde Rossouw, portfolio manager at Investec Asset Management, told attendees at Investec Global Insights 2014, a client conference. “After five years, outperformance in that top quartile stretches to 6.1% per annum over the market.”

BACK SEAT
Quality and return on invested capital have traditionally taken a back seat to the value factor in investment decisions. This is, in part, because of the difficulty in identifying the right companies. Rossouw pointed out that there is “no free lunch” in investment markets, with only 58% of companies in the top quartile actually remaining there five years later.

“The bias in our portfolio is towards healthcare, consumer staples and technology,” he said. “These are the parts of the market where we’re more likely to find businesses that show return persistence, that are able to fight the rate of decay to the mean better than others.”

STRONG COMMITMENT
As an example, Rossouw cited Investec’s investment in healthcare company Johnson & Johnson, which has demonstrated a strong commitment to investing back into research and development. “Over 50% of its profits are spent on looking for new drugs,” said Rossouw. “And it has had double-digit growth since 2009. That’s no mean feat, and they’re generating that success by those investments they’re making.” Meanwhile Rossouw reported that Microsoft had been among Investec’s best-performing stocks in 2014.

Having consistently lost shareholders money from 2000-2009, the tech giant continued investing capital to grow its intrinsic value, and by 2009 Investec saw fit to enter the business.

Rossouw went on to point out that the companies in Investec’s Global Franchise portfolio averaged 105 years old, and are “still able today to produce incredibly high returns on capital invested in the business”.

He used this fact to launch into a defence against a common criticism, that such businesses are mature and therefore ex-growth. “You can still find great businesses, with great returns and low levels of leverage, without sacrificing growth,” he said. “I’m very happy to take a so-called ex-growth portfolio which is growing at between 8% and 14% per annum. That’s more than enough growth for me. And this is not local currency growth, it’s US dollar growth.”

It’s certainly compelling. By buying stocks this way, on a 6% free cash flow yield and growing at 8% per annum, and taking just the capital that’s being returned in the form of dividends and share repurchases, an investor could expect returns of 12%, irrespective of market conditions.

“Most of the businesses we have continue to invest a large amount of their operating profits in R&D or in terms of A&P – so it’s not a cost-cutting story,” said Rossouw. “They’re genuinely looking to create future revenue, and their revenue growth is very important as a mechanism to drive the overall shareholder returns.”