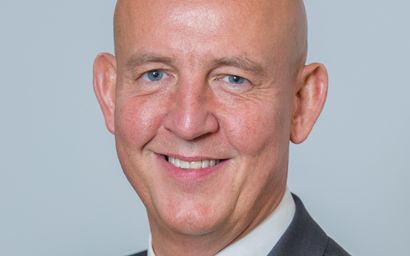 As chief executive, Hendrik du Toit is the man with the plan for Investec Asset Management, but it seems Richard Garland, head of the firm’s ‘global advisor’ business, is the man at the centre of that plan.

Investec’s institutional business has gotten out of kilter with its retail and private distribution side. The firm wants to balance that at the global level.

In essence, the plan is simple: target the big global distribution banks – the likes of Credit Suisse, UBS and Deutsche Bank, to name a few – and the assets will follow.

The South African asset manager expanded beyond its homeland more than a decade ago. Investec Limited, the Johannesburg-based financial firm, dual listed in 2002, putting its non-South African business in London under Investec plc. Investec Asset Management Limited, part of the London business but with roots in South Africa, is a prominent funds player in the UK, with its Global Franchise and European Equities among its flagship funds.

After years building up its institutional business on a wider global scale, the firm is now shifting gear to address its global distributor channel internationally, too, and this has resulted in a tightly focused globalisation plan.

Garland, who has been with the firm for nine years, was appointed to lead the global advisor line when it was set up this year. His overriding aim is to ensure Investec is on any top-20 list of fund managers global distributors want to work with.

“I would say we are in the top 20 for half of the global distributors, and the other half we’re not,” he says. He expects advisers, such as private banks, will reduce the number of asset managers they want to work with to about 20 well-known brands that can offer several strategies and provide global support. The drivers are mainly regulatory and profit.

However, being in the top 20 does not mean being a top-20 manager by size of managed assets, he says, acknowledging Investec Asset Management, with $112 billion (€105 billion) of assets under management, is a mid-sized player.

Theoretically, being mid-sized is a hindrance; a mid-sized asset management firm might typically lack both the scale to support global advisers with data and other needs, and the psychological comfort advisers get from working with a well-known brand. Similarly, not being small means the mid-sized firm cannot be a boutiquey ‘secret ingredient’ that distinguishes a bank’s fund offering.

So how is Investec getting around this?

“The key is to have a very focused distribution strategy,” says Garland. “We are building our adviser business in a very focused way and in many markets putting our global distributor business at the centre of it. So in some cases it’s not a question of being one of the top-20 largest managers, but one of the top-20 providers for global distribution firms. That’s an important nuance.”

As it internationalises within the distributor channel, Investec is following a tried and tested method.

“Successful fund groups tend to have a flagship fund they become known for. The way you achieve that is, obviously, to have strong performance, but also a strongly focused sales and distribution campaign around a small number of funds.”

For the past three years Investec has had sales and marketing teams around the world concentrate on several ‘marquee’ funds, the Global Franchise and European Equity funds among them.

BRAND RECOGNITION
The global push towards global distributors means Investec has to invest in its brand if it is going to be taken on by fund providers in the retail channel in some areas. The retail channel in Asia, for example, is very brand-driven, says Garland.

“You have to recognise whether you’re willing to spend money and build a brand to make it easier for advisers working in these distribution outlets to sell your fund.”

The private banking channel, a key focus for Investec both in Asia and Europe, is less brand-driven.

“You have to do it by channel. Asia has private banking, retail banking, and the insurance company channels, so three distinct channels. In Europe there are more, like private banking again, but then there are funds of funds which sometimes overlap wealth management,” he explains.

The firm has Europe and Asia covered, and the Americas too - although it’s more complicated there. Investec sells offshore funds to South Americans through local and US-based advisers, and again through US advisers to US clients who are not resident for tax purposes.

A gap for the firm is the onshore US mutual fund market. “We first have to set up funds there and the question is if, or when, we’ll do that, though I’d like to think it’s when,” Garland says.

EMBRYONIC MARKETS
Right now the biggest focus from a geographical viewpoint is the distributor channel in Europe, mainly Italy, Germany and then Spain, he adds.

“They are embryonic markets [for Investec] and there will be huge growth there.

“The upside for our mutual fund business is quite substantial. In our case, we are not close to the mature phase of the business cycle. It’s early days in virtually every market, but the upside is substantial for us.”

Globalising is getting more difficult for asset managers, he says. The idea a firm can go anywhere with a suitcase and build a business is changing dramatically.